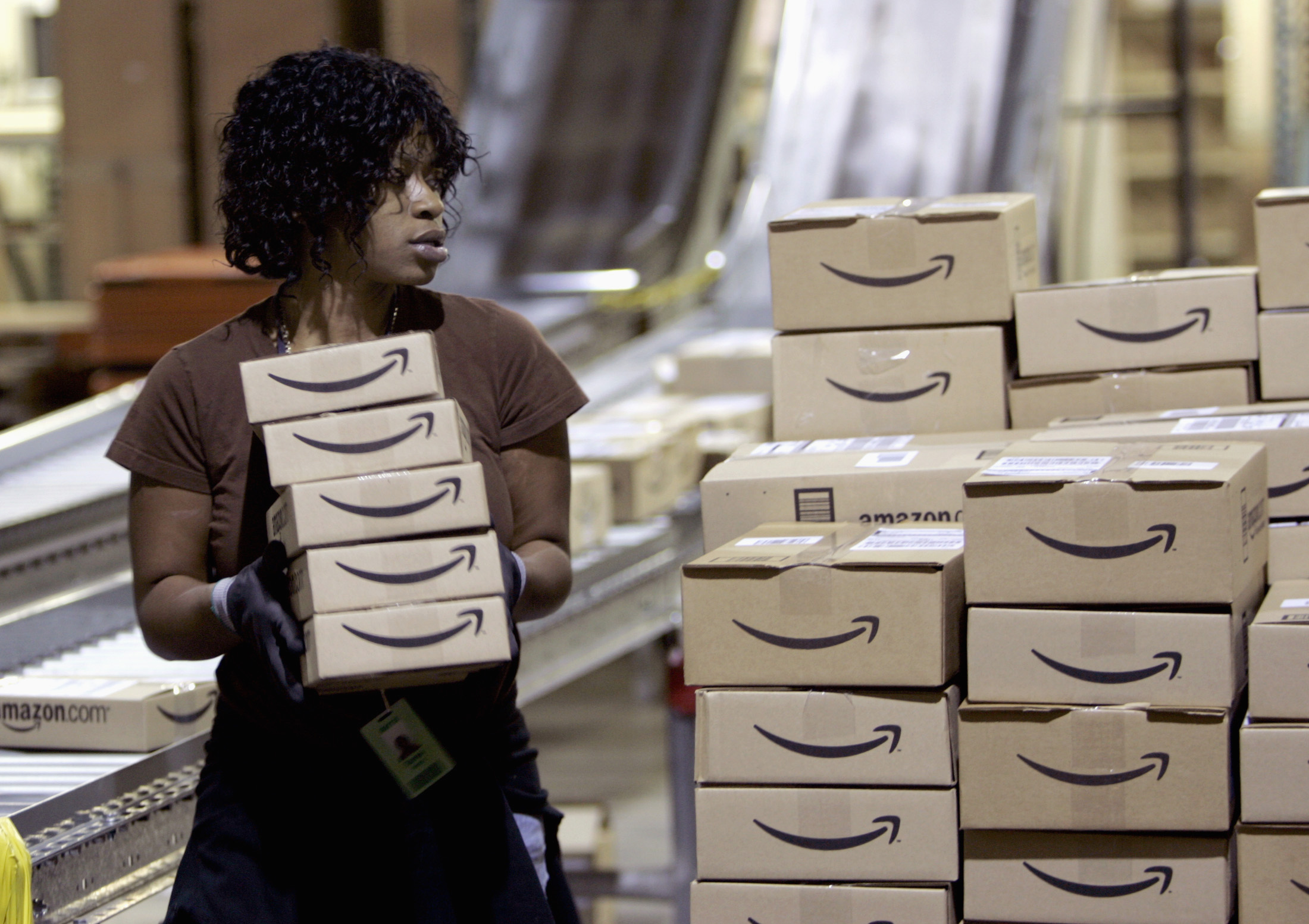 Is Amazon hedging itself against the rise of the machines? That’s one way to explain the kooky $775 million purchase of Kiva Systems. Either that or the online retailing giant’s founder Jeff Bezos has a robot fetish. It’s not clear what the deal offers Amazon shareholders. Automating Amazon’s warehouses makes sense. But buying Kiva droids, rather than their maker, seems the more rational approach.

There’s no doubt that Kiva’s orange robots have a big place in the future of supply chains. And after the initial outlay of $15 million for a giant warehouse, throwing in a few Kiva borgs helps to slash operating costs and speed the handling of goods. This explains why Kiva is growing roughly 80 percent annually, with sales approaching $150 million last year according to analysts.

Amazon undoubtedly needs some help – the company’s net margin was less than 2 percent last year as fulfillment costs rose 58 percent. Automation helps reduce these costs. Fewer workers need to be hired and items can be shipped faster, which means items can be sent by truck rather than pricier planes. It may also increase capital efficiency if warehouses can handle more items or inventory turnover quickens.

Yet it’s not obvious that Amazon needed to buy the cow when it could just purchase the milk. Kiva already sells lots of robots to companies ranging from Gap to Staples. For $775 million, Amazon could buy a lot of robots without the hassle of running a company that’s peripheral to its core business of selling apparel, books, music or toys. Instead, it’s paying five times estimated sales for what looks like a distraction.

There may be a strategic advantage to Amazon owning Kiva. While the company says it will continue to sell its robots to other firms, there may be ways to tailor the systems to fit best with Amazon’s warehouses and systems, giving it a leg up on online retailing rivals. But Kiva has plenty of rivals trying to build better robots that would gladly fill any void in the market. The machines may one day rise, but there’s no assurance Amazon’s pricy bet will.

The deal is Amazon’s second-largest after the purchase of Zappos for $928 million in 2009.

The deal is Amazon’s second-largest after the purchase of Zappos for $928 million in 2009.