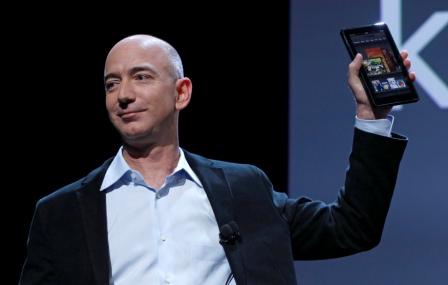 The e-commerce giant is mulling a bid for bankrupt American Apparel as Macy’s and others lose sales and staff. CEO Jeff Bezos would bag a clothing brand to help his fashion ambitions and show a president-elect suspicious of Silicon Valley that he’s saving thousands of U.S. jobs.

The Los Angeles-based clothing shop is known for its "Made in the USA" brand. American Apparel's factory is the largest sewing facility in North America employing 4,500 workers, according to its website.

U.S.-based department-store operators Macy's and Kohl's on Jan. 4 reported lower-than-expected sales for November and December. Macy's also identified 68 of the 100 stores it had previously earmarked to be closed. Along with other restructuring efforts, Macy's expects to cut more than 10,000 jobs, or about 7 percent of its total workforce. Both companies revised down their full-year earnings guidance.

Shares in department stores were down drastically at 3:00 p.m. ET. Macy's fell 14 percent, Kohl's was down 19 percent, J.C. Penney was down 7 percent and Nordstrom declined 8 percent.