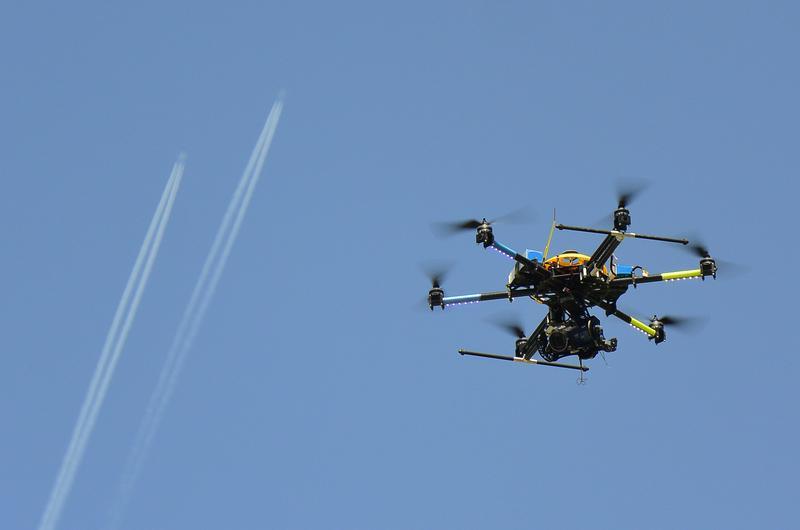 Amazon is promising yet more jam tomorrow – this time from drone deliveries. Jeff Bezos, the online retailer’s chief executive, expects to be able to use unmanned aircraft to deliver small packages within a few years. It’s a striking vision, but it seems as overly optimistic as investors’ expectations of the company overall. Amazon’s market value has ballooned to $180 billion despite big profits always hovering in the future.

Drone technology has advanced tremendously over the past decade because of improvements in software, robotics and networking. The use of these unmanned vehicles is already common in the military, and cheap, fast and automated shipping could benefit all kinds of businesses. Bezos says Amazon could use drones within four or five years, delivering goods weighing less than five pounds inside 30 minutes.

It’s perhaps fitting that a long-term thinker like Bezos should be testing the boundaries of what’s possible. But at best it’s a very long way off. The Federal Aviation Administration may start allowing commercial drones to operate in 2015, but widespread use is likely to come only many years later. Letting robots fly freely in densely populated areas poses all kinds of safety, security and privacy questions – never mind logistical challenges and concerns that hackers or old-fashioned villains might intercept the vehicles or the packages they carry.

Bezos has always made clear that he runs Amazon with the goal of rapid growth while maximizing profit over the long run. Getting everyone to talk about his company on Cyber Monday, the most important day of the year for online shopping, will help accomplish the former. Analysts expect Amazon’s revenue to be around $75 billion this year, 23 percent more than last.

But it’s still not clear when Amazon will deliver normal, never mind supernormal, profitability. The company expects that it will roughly break even again this holiday quarter. Based on estimates compiled by Thomson Reuters, Amazon trades at a valuation of 165 times the coming 12 months of earnings, against 15 times for its peer group.Like a drone delivering trinkets any time soon, that’s a triumph of investor hope over experience.

An octocopter (a drone with eight rotors) hovers in front of vapour trails left by aircrafts during a presentation, to showcase the potential use of drones in the video and photography industries, in Pirnice, May 14, 2013. REUTERS/Srdjan Zivulovic

Jeff Bezos, Amazon’s chief executive, said in a Dec. 1 interview on CBS’s “60 Minutes” that the company is experimenting with package delivery via autonomous airborne drones. Bezos said they could carry packages weighing up to five pounds, a category representing more than 85 percent of the company’s deliveries. He said the service, called Prime Air, could be available within the next four or five years, and the goal was to make deliveries in less than 30 minutes.