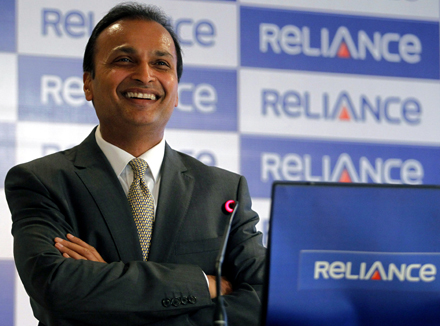 Anil Ambani will be relieved that Indian investigators haven’t uncovered any evidence implicating him in one aspect of the 2G telecoms saga. But he shouldn’t be complacent. His telecoms firm, Reliance Communications, is struggling to keep pace with its rivals. It would be better if it was taken over.

Reliance Communications has lost 44 percent of its value this year and is now worth $3.4 billion. Eight straight quarters of falling profits and failed attempts to raise cash are eroding investor confidence. In a new effort to reduce its $7 billion net debt, the firm last week hired UBS to find a buyer for its tower unit. It is hoping to raise $5 billion from the sale. Last year, it tried to sell a 26 percent stake in itself to pare debt, but found no takers. An old plan to float the tower unit in an initial public offering also failed.

India’s telecoms market is no easy ride. Following years of rapid expansion, new customers are much harder to come by. India, which has a 1.2 billion population, already has 820 million mobile subscribers. Margins have been savaged. Reliance’s average revenue per user had fallen to $2.26 per month in the first quarter of 2011 from $7.63 in 2008.

Consolidation isn’t possible now because of complicated rules preventing operators with overlapping networks from merging. The government has proposed to relax these rules. If its proposal passes later in the year, Reliance looks like an obvious takeover target. The question then would be whether Ambani, who owns 67 percent of the business with his family, would be willing to sell. On this evidence, he should.

India’s Central Bureau of Investigation said it had not uncovered any evidence to implicate Anil Ambani in the structuring of different companies and transfer of funds in a status report to the Supreme Court about the 2G telecoms scandal. Three of Ambani’s group executives are among those charged by police in a probe into alleged rigging in the licence grant process in 2008, which is estimated to have cost the government up to $39 billion.
On Sept. 30 shares in Anil Ambani’s Reliance Communications, India’s second largest mobile carrier by subscribers, dropped 7.5 percent after a media report. The Press Trust of India said a police lawyer had told the Supreme Court the three jailed men had retracted their testimony taking responsibility for decisions made by a unit of Reliance Communications. Reliance Group, Ambani’s holding company, denied the three charged executives had retracted their statements, adding that neither it nor Reliance Communications benefited from telecoms licences issued in January 2008.