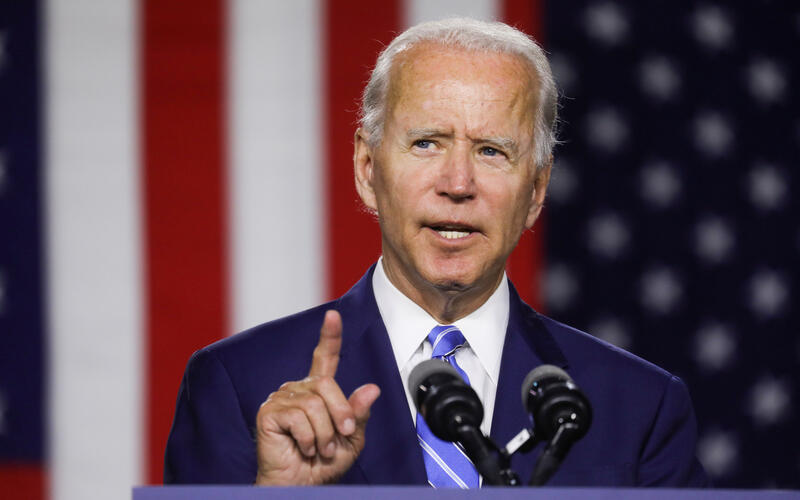 Donald Trump says U.S. presidential election rival Joe Biden’s “Buy American” plan is policy plagiarism. The incumbent is right, up to a point. Both men are running partly as economic nationalists. Biden would repair international relations damaged by Trump, but these days he’s no fan of globalized supply chains or unfettered trade.

It’s a stark change from the globalist positions of Hillary Clinton, the Democrat who was up against Trump in 2016. Critics said she was ignoring Americans whose earnings and job prospects had suffered from the movement of manufacturing, in particular, to other countries – a notion Trump exploited. Now there’s a bipartisan consensus that trading partners, notably China, have taken advantage of the United States.

Biden has shifted his position, too. He supported the 1994 North American Free Trade Agreement, which Trump assailed and modestly revised. As Barack Obama’s vice president, Biden also touted the Trans-Pacific Partnership, a trade pact among 12 countries that Trump exited in 2017.

But Biden champions blue-collar workers and unions, giving him credibility to challenge Trump on economic patriotism. Even Steve Bannon, a China hawk and former Trump adviser, praised Biden’s pitch earlier this month to spend $400 billion over four years on products made in the United States and another $300 billion on research and development in fields like artificial intelligence.

In some areas the presumptive Democratic nominee goes further than the current president. For example, Biden supports a plan forcing companies to return public investments and tax benefits if they eliminate U.S. jobs and add employees overseas. Other initiatives mimic Trump, like a review of supply chains for federal agencies’ medical supplies and a push to use American-made steel in government-led transportation projects.

Unlike Trump, who has imposed tariffs on friends and enemies alike, Biden would aim to restore relations with Europe and Asia. He has said he would work with allies to address overcapacity in steel and other products. But nowadays he has reasons to distance himself from multilateral agreements like the TPP. Influential liberals like Senator Bernie Sanders, who challenged Biden for the Democratic nomination, have criticized such pacts for benefiting companies instead of workers.

The economic pain from the ongoing pandemic will further encourage Biden to look inward. Trump’s “America First” mantra is here to stay, whoever wins the White House.

The White House is working on an executive order that would encourage the purchase of products produced in the United States, according to people familiar with the matter.

The White House is working on an executive order that would encourage the purchase of products produced in the United States, according to people familiar with the matter.