Flying to the rescue 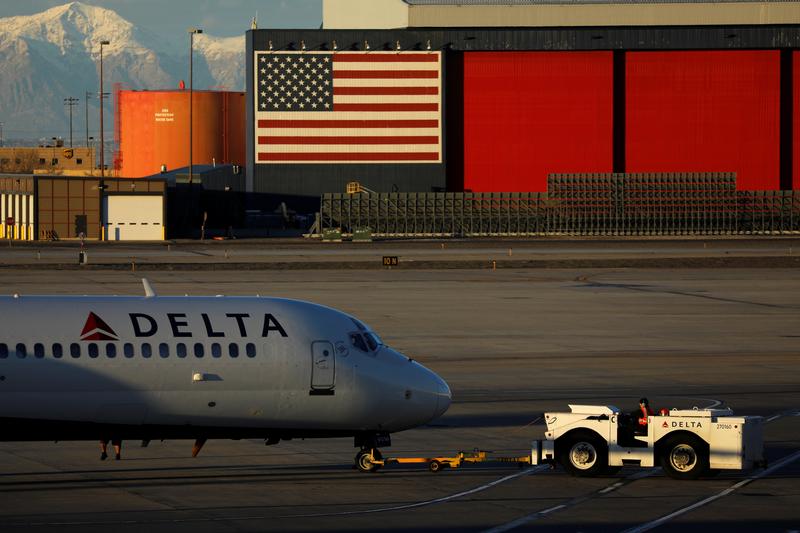 The bailout of U.S. airlines is a blow to Uncle Sam’s capitalist creds. Then again, America’s free-wheeling passenger air market was already an outlier. As a $50 billion lifeline approved by the Senate on Wednesday takes shape, there may be a chance to make sure the taxpayer gets a good deal.

Delta Air Lines, American Airlines, United Airlines and their peers have taken a tumble since the Covid-19 pandemic sent travelers into lockdown. The new bill, set to move to the House of Representatives for a vote on Friday, would offer them loans and so-called grants. Treasury Secretary Steven Mnuchin can ask airlines to provide equity, warrants or other instruments to protect the taxpayer’s investment.

The step towards nationalizing airlines isn’t as extreme as it sounds. The United States is one of the few countries where the government doesn’t have a record of owning, controlling or otherwise ensuring the financial success of its airlines. The French government is the largest shareholder in Air France KLM, with a 14% stake. Egypt, China, Saudi Arabia, Japan and others have airlines businesses either previously or currently owned or controlled by national governments.

The resulting competition has benefitted U.S. consumers. The average passenger revenue per passenger mile has roughly stayed the same since 1990. Rail’s equivalent figure has increased some 90%. In this case, grants arguably save taxpayers in other ways. The airlines have to keep staff on the payroll, which saves on unemployment payments.

In any case, the money need not be free. In an ideal world, the Treasury might ask for some kind of preferred equity, with a dividend payable in kind that increases its stake as time goes on. Regular shareholders might not like it, but the no bailout option might for them be worse. The financial crisis showed that rescues can still recoup their cost. The Troubled Asset Relief Program Capital Purchase Program instituted following the 2008 crisis left the U.S. Treasury with $205 billion in preferred stock of 707 financial institutions. As of January 31, 2020, it had a $16 billion net gain on those assets.

The exact terms are up to Mnuchin. As a former Goldman Sachs banker, he ought to know a good deal when he sees one. Taxpayers who will fund the airline bailout have a right to expect it.

The U.S. Senate approved a $2 trillion economic rescue package on March 25 that included loans and grants to the airline industry.

The following day, Treasury Secretary Steve Mnuchin indicated the aid to the airline industry, some $50 billion, could potentially include a warrant that converts into equity, according to the Wall Street Journal.

Republicans had fought what they called a giveaway to airlines and initially offered only loans, according to Reuters.