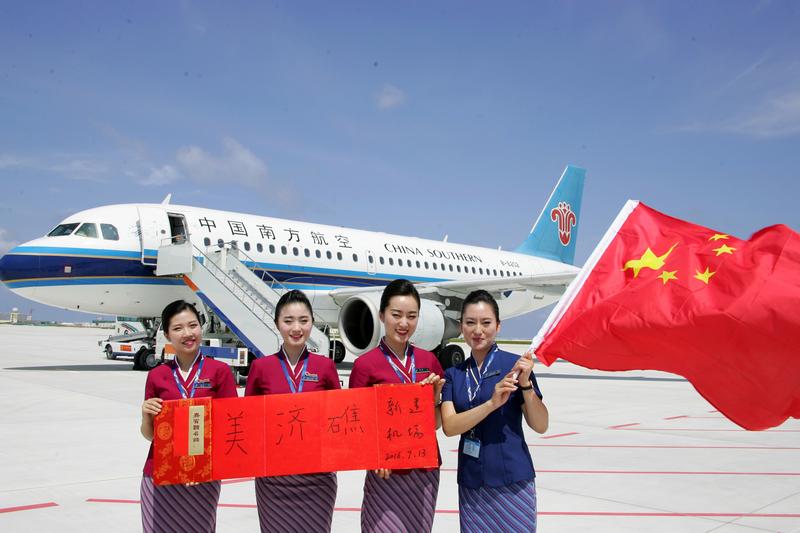 The carrier is joining forces with China Southern, and taking a sub-3 pct stake for $200 mln. AA ought to end up with more Chinese passengers and fewer empty seats. Ideally it wouldn’t have to buy a stake to do so. Consider it one of the irksome hidden costs of air travel.

Crew members holding a Chinese national flag pose for pictures in front of a plane of the China Southern Airlines as the plane landed at a new airport China built on Mischief Reef of the Spratlys, South China Sea, July 13, 2016. Picture taken July 13, 2016. REUTERS/Stringer

China Southern Airlines said on March 28 it would sell a 2.7 percent stake to American Airlines for HK$1,553 million ($200 million). The U.S. group will be able to appoint one non-voting observer to attend the Chinese company's board meetings.

China’s largest airline by passengers said that working with American Airlines would help it improve corporate governance and competitiveness, and become more international. The duo could co-operate more in areas such as code-sharing, airport facilities, and loyalty schemes, the Guangzhou-based carrier said.

China Southern, which is listed in Hong Kong and Shanghai, is selling the new shares at HK$5.74, a 4.6 percent premium to the previous closing price for its Hong Kong stock.