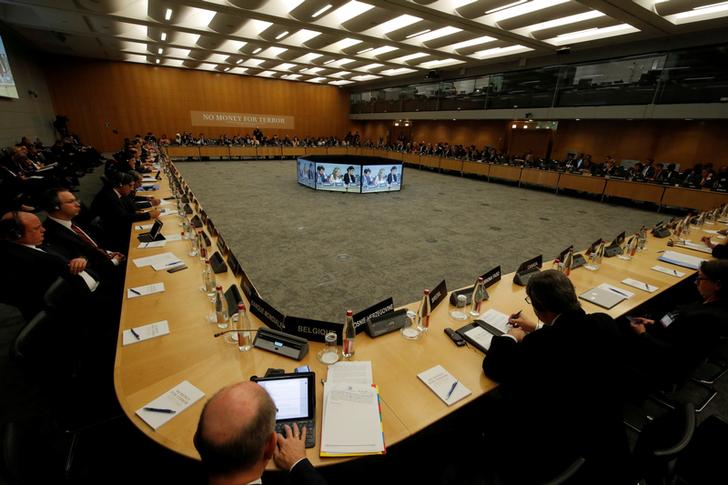 Under outgoing chief Angel Gurria, the multilateral group has led efforts to stop aggressive tax avoidance, namely by Big Tech. Donald Trump’s decision to promote a top aid as the next secretary-general signals a potential fight that could doom tax equalisation efforts for good.

Participants attend a round table with international delegations at a conference to discuss ways of cutting funding to groups including Islamic State and al-Qaeda, at the Organisation for Economic Co-operation and Development (OECD) headquarters in Paris, France, April 26, 2018.

Angel Gurria, secretary-general to the Organisation for Economic Co-operation and Development, said on July 10 he would not be seeking a fourth mandate to lead the multilateral organisation. Mexican-born Gurria has led the OECD since 2006.

OECD member states have until the end of October to nominate candidates. The new secretary-general’s five-year term begins on June 1, 2021.

The United States pulled out in June from digital talks, and suggested the OECD pause its tax agenda.