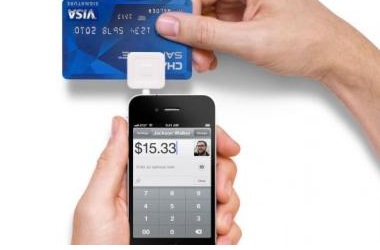 While America’s financial technology industry has exploded in recent years, regulators have not kept pace. This is partly because of the country’s outdated patchwork of state rules. The UK and others are further ahead in addressing this emerging sector in a fresh way. Creating a modern, federal regime to oversee these firms is a priority for U.S. policymakers.

Many of the new so-called “fintech” firms fall under the categories of money transmitters or consumer lenders, businesses that require licenses from nearly 50 states, each of which has different standards, not to mention regulatory examiners with varying degrees of sophistication.

That means 165-year-old Western Union is regulated the same way that a bitcoin-based transfer startup with fewer than 50 employees might be. For freshly minted companies in the space, state compliance can be prohibitive, costing more than $1 million annually.

The Consumer Financial Protection Bureau, which was established after the 2008 financial crisis, is the federal watchdog now looking out for fintech customers, a critical role in a landscape where algorithms have replaced credit scores to determine borrowing.

But the agency’s mandate is limited and doesn’t address risks to the broader financial system. The sector is not large enough to spark those concerns, but it could in the future. Yet it’s not yet clear who at the federal level has jurisdiction. Regulators need to figure this out fast, and account for the different business models many of these firms have from traditional banks.

The Office of the Comptroller of the Currency is looking at ways to evaluate some of the new products. The Federal Reserve could be ideal as it can see the interconnectivity between fintech and the banking sector to assess risks. Banks are partnering with some of these startups and purchasing their loans.

Other countries have already moved forward. This year Britain established a startup unit to help firms thinking of becoming banks, and later will accept proposals for their “regulatory sandbox” program in which companies can test products.

Eventually, an international framework will be needed since many of these enterprises encompass global, borderless businesses. The industry is quickly evolving and regulators need to innovate, too.

The U.S. Consumer Financial Protection Bureau has made its first move in regulating online marketplace lenders, announcing on March 7 that it will be accepting consumer complaints about the industry. Earlier in the month, the CFPB imposed a $100,000 fine on online payment platform Dwolla for inadequate data security.

The CFPB only has jurisdiction over protecting consumers and does not regulate financial technology firms for broader risks to the financial system. Most online lenders and payment platforms, along with digital money transfer firms, are regulated by individual states that require obtaining certain licenses.

The financial technology industry has grown globally to about 4,000 firms, according to an October 2015 BNY Mellon study. Payment company Square, which has licenses from nearly all 50 states, reports earnings on Wednesday.