Can anybody hear me? 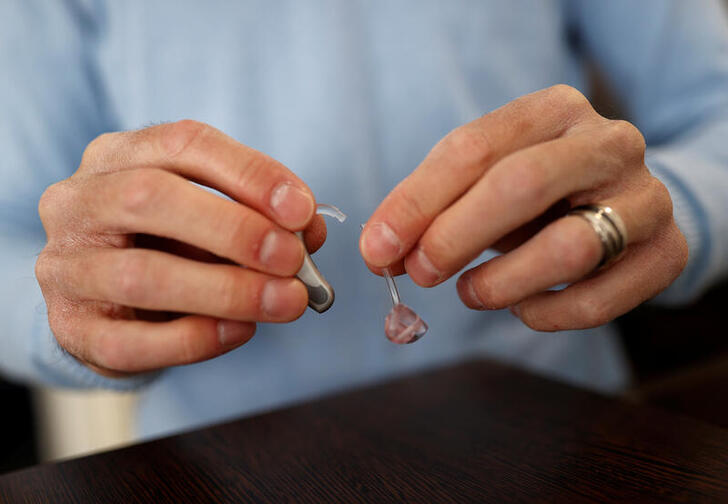 Italy’s Amplifon is gearing up to become the EssilorLuxottica of ears. The Milan-based hearing-aids company is less than a seventh of the $89 billion eyewear giant’s size today. But ageing societies and the emergence of a new generation of customers banging their eardrums gives it much to shoot for.

Investing in listening devices for the elderly may not sound sexy. Yet shares in Amplifon, founded by a former British special forces officer in 1950 and worth $11 billion, have risen 367% in the past five years, outperforming technology stars like Amazon.com and Facebook. The company, which does not manufacture hearables but sells them along with lifelong assistance plans, on Monday pledged high-single-digit revenue increases for 2022 and 2023 that are above the sector’s growth rates.

Yet Amplifon has demographics playing in its favour. In 2018 the number of people older than 64 surpassed those below the age of five, according to United Nations. That’s been good for Amplifon, whose average customer is over 70. And the market is still relatively fragmented. With an 11% share, Amplifon is almost twice the size of its next rival, says Chief Executive Enrico Vita.

The combination of ageing folks and M&A has put Amplifon on track to reach 1.9 billion euros in revenue this year, roughly 11% higher than before Covid-19 struck. That gives Vita confidence that he can push the company’s EBITDA margins above 25% by 2023. Promises to generate operating cash flow of over 1 billion euros by 2023 potentially give him firepower to buy smaller rivals, and battle the likes of Costco and pharmacy chains, who are nipping at Amplifon’s heels.

Even without shopping and ageing, Amplifon has other trends in its favour. Hours spent on smartphones and increasing noise pollution are damaging humanity’s hearing at an advancing pace. By 2050, one in four people globally will need an ear trumpet, up from one in five today, says the World Health Organization. That’s an army of new customers for Amplifon.

Milan-based Amplifon, the world’s largest retailer of hearing aids, said on Sept. 13 it expects its revenue to grow at a high-single-digit compound annual rate in 2022 and 2023, above the market in which it operates.

Milan-based Amplifon, the world’s largest retailer of hearing aids, said on Sept. 13 it expects its revenue to grow at a high-single-digit compound annual rate in 2022 and 2023, above the market in which it operates.