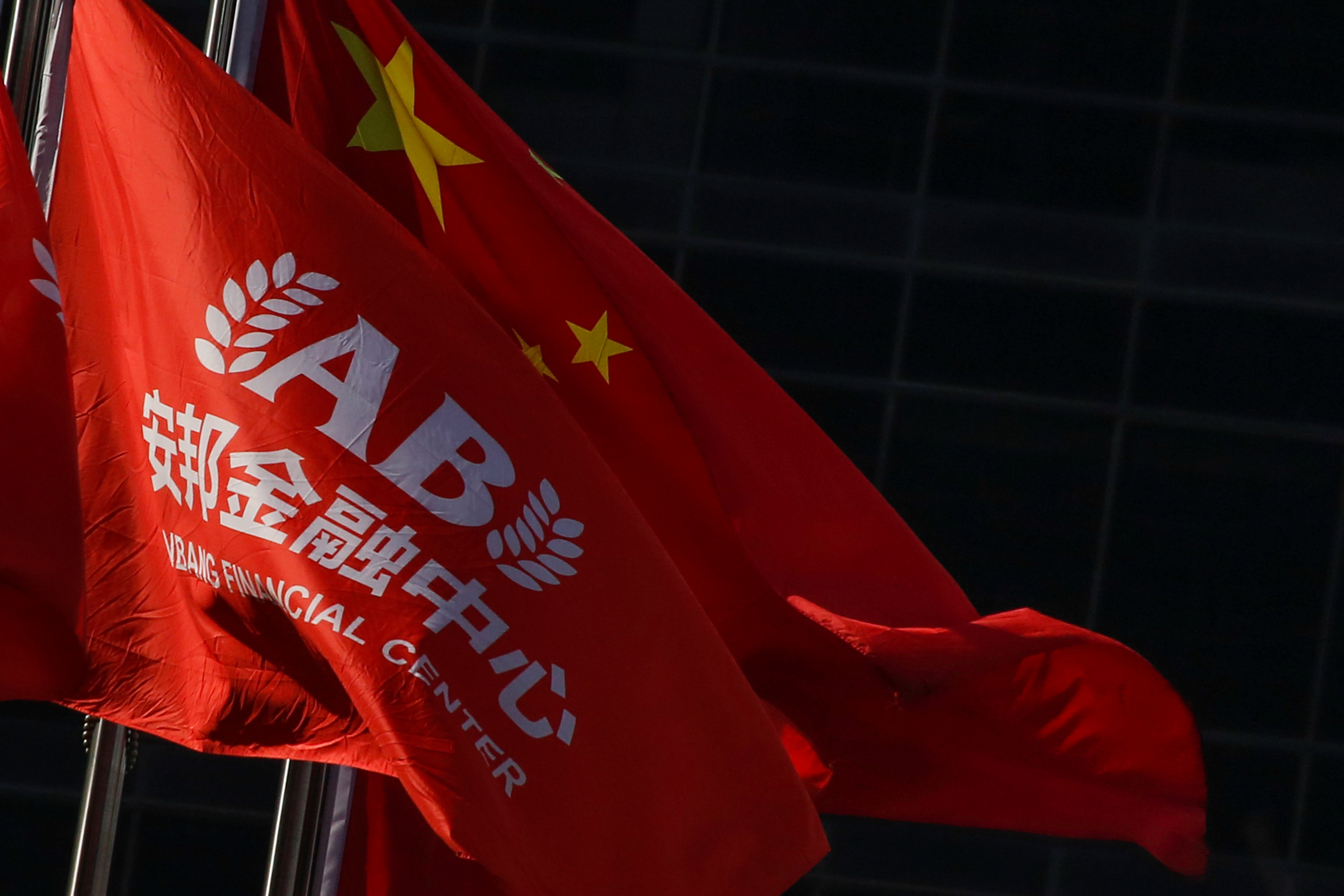 Apollo-backed Athora is paying the defunct Chinese group 2.5 bln euros for insurer Vivat, its third owner in five years. The sale spares the blushes of the Dutch regulator for approving the previous sale. The new Bermuda-based owner is not risk-free but looks relatively safer.

A company flag and the Chinese national flag fly outside the headquarters of Anbang Insurance Group in Beijing, China, February 23, 2018.

Terms of the deal were not disclosed, but people familiar with the matter told Reuters Breakingviews the price was around 2.5 billion euros. As part of the deal, Dutch insurer NN Group said it would buy Vivat’s smaller non-life subsidiary for 416 million euros ($469 million).

Anbang put Vivat, one of the largest insurance companies in the Netherlands, up for sale last year. It drew bids from other large Dutch insurers Aegon and ASR Nederland.

Anbang acquired Vivat in 2015 for one euro, followed by an equity injection of 1.35 billion euros to shore up the company’s balance sheet.

Athora, which is part-owned by buyout firm Apollo Global Management, buys assets that may be non-core to their owners and aims to manage them more efficiently.