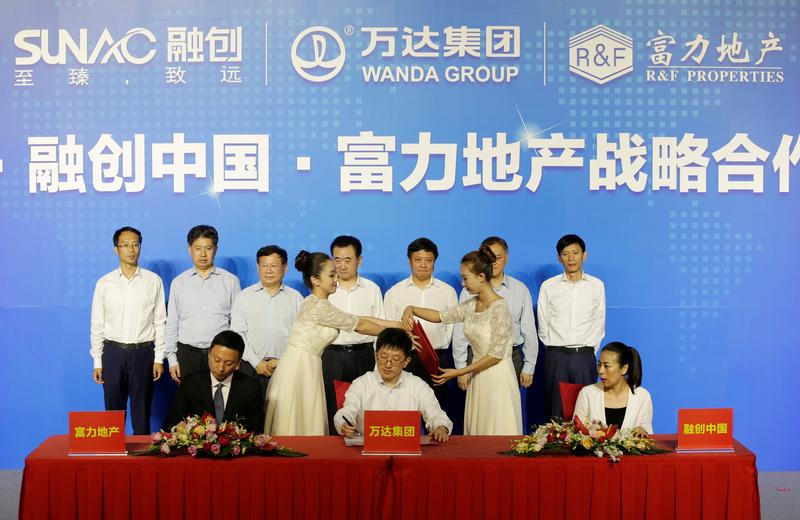 The Chinese developers have been forced to rejig their $9 bln property deal. The result is a less fiddly structure with a third party. That might get the sale through, but Wanda’s long list of problems make it unclear if it is any closer to its bigger goal of listing onshore.

Chinese conglomerate Dalian Wanda Group on July 19 rejigged a $9 billion deal with Sunac China that was announced a week ago, bringing in another developer Guangzhou R&F Properties to purchase some of its real estate assets.

China's regulators have told banks to stop providing funding for several of Wanda's overseas acquisitions, among other restrictions, according to a document seen by Reuters.

Local media reported that banks were also looking at Sunac's credit risk after the deal with Wanda was announced, causing a steep fall in Sunac share prices.

Under the new terms, Wanda will now sell 77 hotels in China to Guangzhou R&F for 19.9 billion yuan ($3 billion), and 91 percent equity in 13 tourism projects to Sunac for 43.8 billion yuan.

Sunac was originally going to purchase hotel assets from Wanda with a 29.6 billion yuan from Wanda to fund the deal.

Share prices for Sunac and Guangzhou R&F rallied on the news, gaining over 16 percent and 12 percent respectively by midmorning local time.