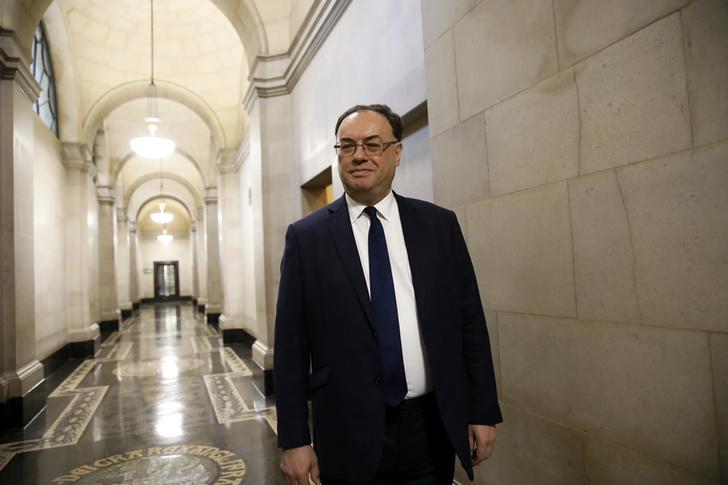 The Bank of England boss expects a big drop in GDP this year. His asset purchases have pushed down gilt yields despite surging public debt issuance. Investors can count on Bailey to ramp up the buying programme given how long the economy will take to recover from the virus.

Bank of England Governor Andrew Bailey poses for a photograph on the first day of his new role at the Central Bank in London, Britain March 16, 2020.

The Bank of England said on May 7 that its Monetary Policy Committee had voted unanimously to leave the policy interest rate unchanged at 0.1%.

The committee voted by a majority of 7-2 to continue with the central bank’s 200 billion pound bond purchase programme, with two members preferring to increase the target for the stock of asset purchases by an additional 100 billion pounds.

The Bank of England said the outlook for the economy was unusually uncertain but constructed a scenario of what might happen if social distancing measures and government schemes were to remain in place until early June before being gradually unwound by the end of the third quarter. Under this scenario, UK GDP is expected to fall 14% in 2020 before rebounding 15% in 2021. It is not seen reaching pre‑virus level until the second half of 2021.