First cut is the deepest 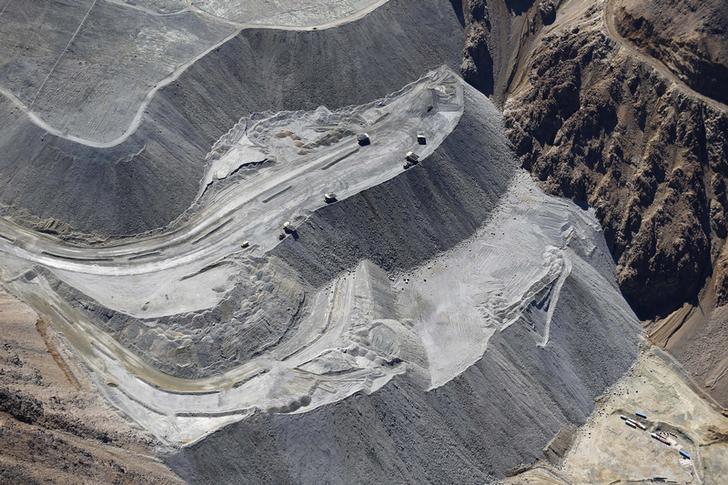 Anglo American has problems that will be addressed in part if it scraps its dividend. But only in part.

Chief Executive Mark Cutifani could save around $1 billion per year by cancelling the London-listed mining giant’s dividend, which is equal to an eighth of its current market value. That would conserve cash and offset the slow pace of asset sales that have brought in just $2 billion over the last year. Operating profit, meanwhile, fell 36 percent in the last financial half-year.

Cutifani will be tempted to do something less drastic. He could just reduce the dividend of 85 cents per share in the hope that the company can make further savings through cost efficiencies and disposals. Shifting to a payout ratio linked to the mining company’s earnings would spread the risk of cyclical commodities markets. But it would leave the company having to contemplate more radical decisions about the scope and scale of its business.

The company is guiding that it can reduce capital expenditure to around $3.9 billion in 2016 but more is likely to be required. Although it was able to reduce net debt to $11.9 billion following the sale of its stake in Lafarge Tarmac, the company will remain under pressure to cut its borrowing costs for as long as commodities prices remain weak.

Selling assets is tough in the current market, and management may struggle to meet its target of $3 billion by the end of next year. Shuttering production may be a better way since it will tighten supply and, hopefully, support commodity price levels.

Shares in the company are down almost 67 percent in 2015, compared with the FTSE mining index which has fallen 46 percent over the same period. Its dividend yield is 16.4 percent. That strongly suggests the market has already accepted that news of a cut to the dividend could come as early as Dec. 8 when Cutifani meets investors.

With prices for the key commodities that Anglo produces – such as coal, copper and platinum – expected to remain under pressure next year, Cutifani’s best option is to scrap the dividend, intensify the drive for more efficiencies, sell assets and cut back on production capacity.

Corrects “earnings before tax” to “operating profit” in paragraph 2 and alters wording to reflect that a dividend cut would conserve cash rather than impact earnings.

Anglo American is expected to cut its dividend as early as Dec. 8 at its investor day in London, according to a report by the Wall Street Journal.

Shares in the company are trading at their lowest levels since 1999 when it shifted its main listing to London and sold its stake in South African Breweries.

Anglo said on July 24 that it would shed thousands of jobs over the next couple of years and place more of its assets up for sale after it reported a 36 percent drop in underlying earnings before taxation.

The company said on Nov. 27 that it would have to close its Drayton coal mine in 2016 after an Australian state panel recommended that the government should block an expansion project.