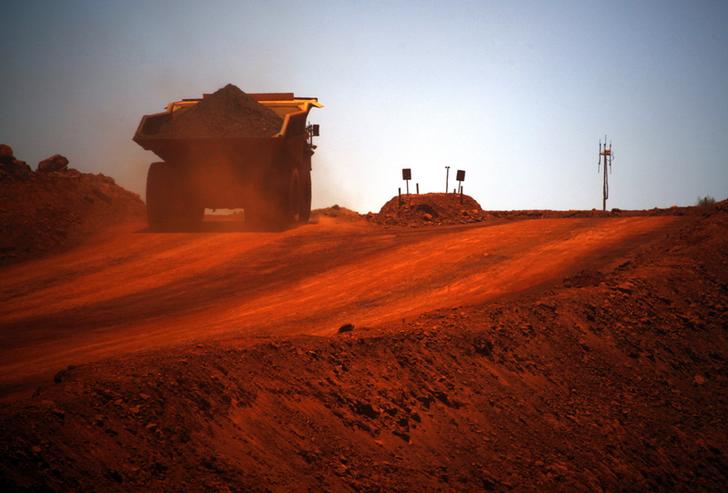 The mining group will divest most of its mines and around 40 pct of its EBITDA to bring down debt. On a good day, its parts look much more valuable than the whole. But reducing debt can’t wait. Cost cuts will only stop things getting worse, and selling assets depends on willing buyers.

A remote-controlled mining truck loaded with iron ore drives along a road.

Anglo American set a target of reducing its net debt by more than half in the medium term, as it reported a full-year loss for 2015 of $5.6 billion. The South African copper, platinum and diamond miner will sell up to $4 billion of assets in 2016 and slash jobs in order to bring its net borrowings down to $6 billion, with a closer-term target of $10 billion by the end of 2016.

Anglo suspended its dividend in December, but said on Feb. 16 that it retained around $15 billion of cash and undrawn borrowing facilities. Under its restructuring plan, the company aimed to be free cashflow positive even without improvements to commodity prices by the end of 2016.

Among measures announced are a cut in Anglo’s mines from 45 to 16, and a reduction in headcount from 128,000 to 50,000, of which it said the bulk would come from disposals rather than redundancies. The outlines of the restructuring were announced in December.

The proposed cuts are designed to generate $1.9 billion of additional operating profit in 2016. Anglo reported $2.2 billion of underlying operating profit for 2015, a third of which came from the listed Kumba Iron Ore company, of which it owns around 70 percent, and which Anglo said it would at some point consider spinning out. Around a quarter came from De Beers, the diamond company in which Anglo owns an 85 percent interest.