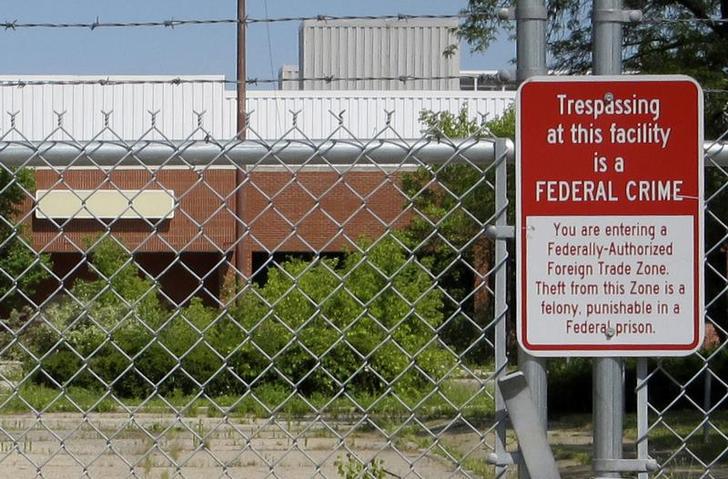 Commodity traders’ warehouse chickens may be coming home to roost. A bevy of class-action lawsuits allege that JPMorgan, Glencore Xstrata, and Goldman Sachs conspired with the London Metal Exchange to pump up the price of aluminium by trapping it inside LME-approved warehouses. The users’ ire is understandable, even if the metal is about 10 percent cheaper than it was when big commodity traders entered the metal storage business in 2010. But warehouse owners don’t deserve all the anger.

There’s a whiff of ambulance-chasing to the lawsuits. Warehouse waits have caused grumblings for three years, but plaintiffs’ lawyers only sprang into action after congressional hearings brought the problem to the attention of the bank-hating public.

Stockpiles of surplus aluminium built quickly after the 2008 crisis, but LME rules meant warehouse owners – mainly big banks and traders, including JPMorgan, Glencore and Goldman, which acquired leading warehouse companies in 2010 – only needed to let a trickle out of approved facilities. Eventually long waits developed at some sites.

The artificial scarcity meant that, despite weak aluminium prices, end users had to pay an unusually large premium over the LME price for immediate delivery – while warehouse owners collected rent on product stuck in storage. Traders probably also made money by exploiting the gap between physical and LME prices.

Plaintiffs may have a hard time proving a conspiracy. JPMorgan says there are no delivery delays at its warehouses. In a public defence of warehousing just before the first lawsuit was filed, Goldman, whose Detroit warehouses have experienced long wait times, said it didn’t control what customers did with their metal and attributed the delays to a financial speculators’ carry trade. They buy metal, put it into lower-rent non-LME warehouses, and sell it forward, pocketing the difference between spot and forward prices, minus storage costs.

The explanation glosses over the bank’s contribution: it loaded out only a bare minimum of metal, despite long wait times. But Goldman raises a valid point: the wheeze wouldn’t work at all without central bankers’ ultra-low interest rates, which reduce the opportunity cost of hoarding. If angry industrial buyers want to strike at the root cause of the problem, they should sue the Fed as well.

One of the warehouses operated by Goldman Sachs warehouse subsidiary Metro International Trade Services on behalf of London Metal Exchange is seen in Detroit. A string of warehouses in Detroit, most of them operated by Goldman, has stockpiled more than a million tonnes of the industrial metal aluminium, about a quarter of global reported inventories.

Goldman Sachs, Glencore Xstrata and JPMorgan Chase & Co have been named in U.S. class action lawsuits alleging they violated anti-trust rules by manipulating the price of aluminium. The first suit, filed in Michigan last week, named Goldman Sachs and the London Metal Exchange as defendants. A second suit, filed in Florida on Aug. 6, also included JPMorgan and Glencore. A third suit was filed in Louisiana on Aug. 7.
The class-action cases revolve around long queues to retrieve aluminium from some LME-sanctioned warehouses. Industrial aluminium buyers have been complaining since 2010 that persistent delays removing metal from storage – which can stretch to over a year at some LME-approved sites – have artificially boosted prices final users must pay for the metal. The queues are partly the result of LME rules, which stipulate that only a certain amount of metal needs to be loaded out of authorised warehouses each day.
Warehouse owners and outgoing LME CEO Martin Abbott have said the complaints over long lines at warehouses are unjustified, arguing there is no shortage of metal. Goldman, JPMorgan and the Hong Kong Exchange, which owns the LME, said the various lawsuits lacked merit. Glencore did not comment.
Glencore, JPMorgan and Goldman all bought leading warehouse companies in 2010. The LME requires traders who own warehouse subsidiaries to operate them at arm’s length to avoid conflicts of interest.