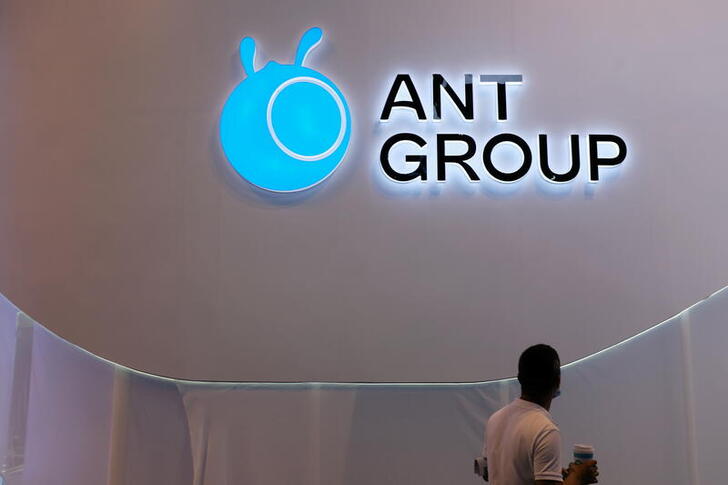 Beijing wants Jack Ma’s fintech giant to separate payments, credit scoring and lending, and is diluting it with assorted government investors. But these stakeholders might be helpful, and the loan operation looks to get a wider business remit. If this is bottom, it’s not too bad.

Separately, state-backed firms and Ant plan to establish a personal credit-scoring firm, Reuters reported on Sept. 1, as part of a broader restructuring ordered by regulators.

A man walks past an Ant Group logo at the World Artificial Intelligence Conference in Shanghai, China, July 8, 2021.

Separately, state-backed firms and Ant plan to establish a personal credit-scoring firm, Reuters reported on Sept. 1, as part of a broader restructuring ordered by regulators.