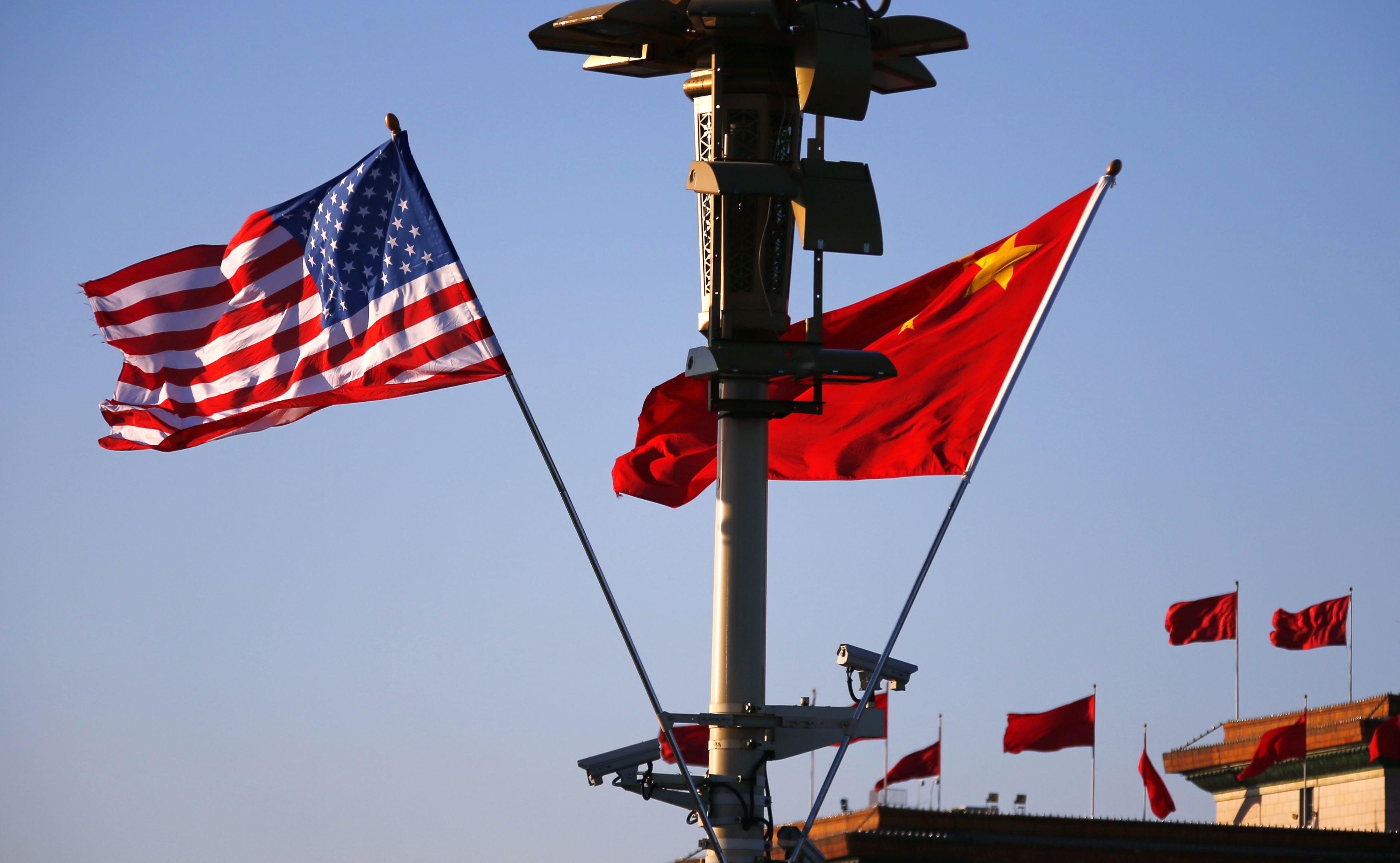 Congress is being advised to ban any takeovers of U.S. companies by the Middle Kingdom’s state-owned firms. The report tars private firms with the same brush and heightens fears of spying and economic warfare. It’s easy fodder for the president-elect’s populist platform.

U.S. (L) and Chinese national flags flutter on a light post at the Tiananmen Square ahead of a welcoming ceremony for U.S. President Barack Obama, in Beijing, November 12, 2014.

The U.S.-China Economic and Security Review Commission report submitted to Congress on Nov. 16 recommends that the Committee on Foreign Investment in the United States (CFIUS) bar Chinese state-owned enterprises from "acquiring or otherwise gaining effective control of U.S. companies".

The report says that the lack of reform in China has contributed to "rampant overcapacity" that poses a national security risk to the United States.

It recommends that Congress enact legislation requiring its approval before China - "either the country as a whole or individual sectors or entities" - is granted market economy status. It argues that "Beijing has fostered a unique ecosystem whereby the government is at the center of the economy, with state control extended through an array of measures, including financial support, political connections, and extralegal control to SOEs and private enterprises alike. As such, all Chinese companies' economic activity - not just the activity of state-owned firms - is conducted in support of the state's goals and policies."

President-elect Donald Trump's campaign heavily relied on tough talk against China, including a promise to label the country a currency manipulator once he took office, and a threat to implement a 45 percent tariff on Chinese imports. Trump and China's president Xi Jinping spoke on the phone after his electoral victory in a conversation described as cordial. Xi reportedly said cooperation is "the only choice" during the call.