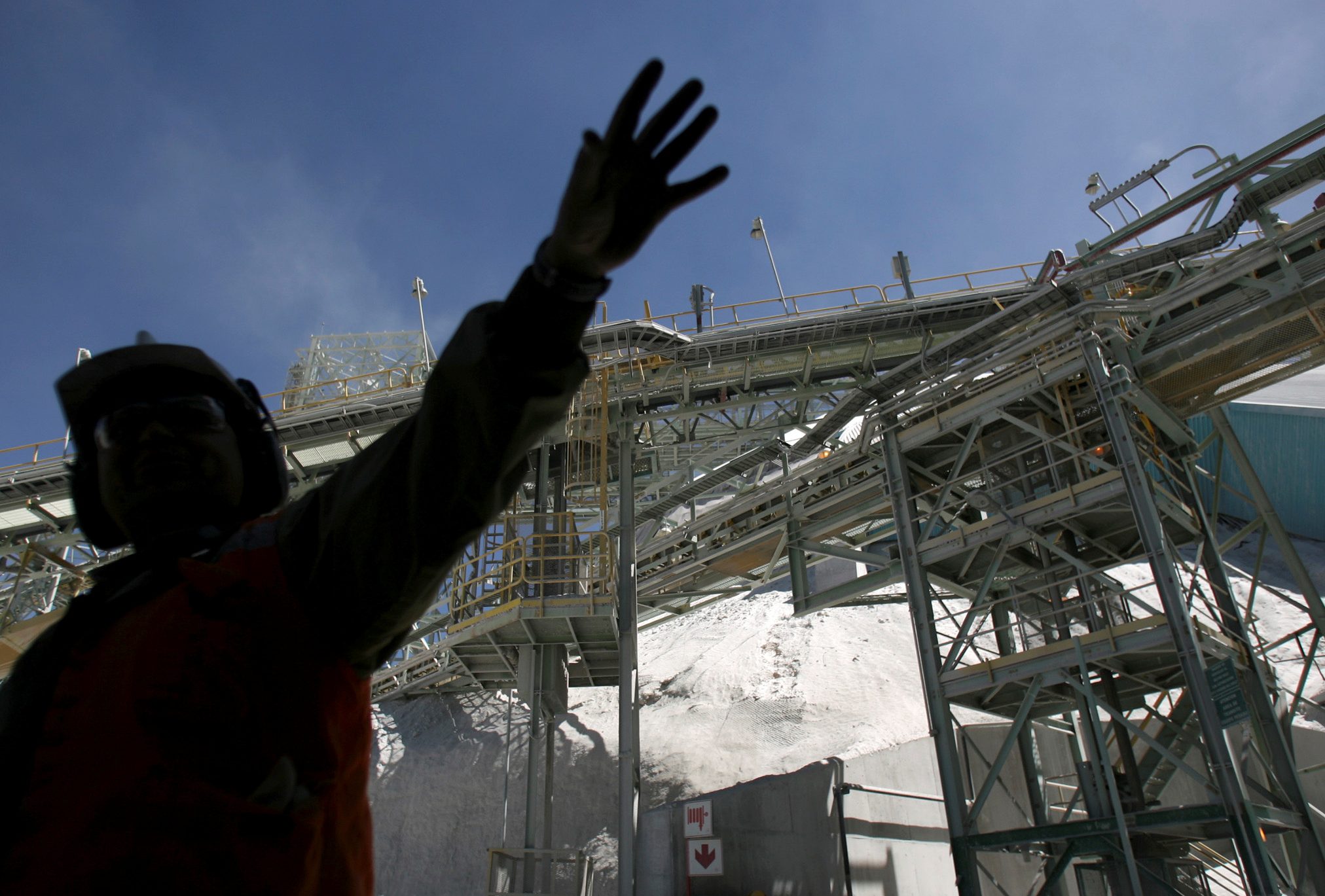 Shares in the London-listed Chilean copper miner slumped after it said U.S.-China trade tensions may hit demand for the metal. Antofagasta had a weak first half, but its guidance is unchanged. Macro jitters mean investors are unwilling to give companies the benefit of the doubt.

A miner gestures in front of a conveyor belt at the La Escondida copper mine near Antofagasta, Chile March 31, 2008. REUTERS/Ivan Alvarado/File Photo - RC15F7479040

Antofagasta on Aug. 14 reported EBITDA of $904 million for the first six months of the year, 16 percent lower than the same period in 2017.

The London-listed Chilean copper miner said its first-half EBITDA margin was 42.6 percent compared to 52.7 percent in the same period of 2017, as unit production costs increased and group copper production fell 8.5 percent to 317,000 tonnes.

However, CEO Ivan Arriagada said he expected tonnages and unit costs to improve substantially during the second half and into 2019. He maintained previously stated copper production guidance of 705,000 tonnes to 740,000 tonnes at a net cash cost of $1.35 per pound.

Antofagasta flagged that in the shorter term there was “considerable market uncertainty” given the lack of clarity over international trade talks. It added that so far it has seen “no significant impact” on copper demand.