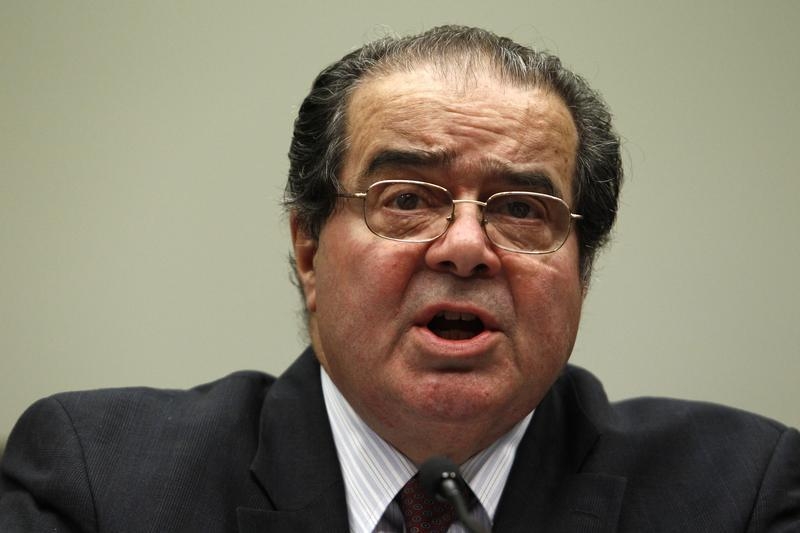 The death of Antonin Scalia disrupts the Supreme Court’s balance and electrifies an already charged presidential race. The longest-serving member of the panel also leaves behind a vacancy just as the highest U.S. court is considering important cases on immigration, abortion and unions. Leading Republicans are already threatening to block any Barack Obama nominee to replace Scalia, hinting at a destabilizing stalemate.

Slumping oil prices, slower growth in China and negative interest-rate policies out of the European and Japanese central banks have made for a volatile year. The S&P 500 Index has tumbled by 9 percent to start 2016, while shares in European banks have fallen by more than 25 percent. In its fragile state, the world is seeking leadership from the United States. Restoring the Supreme Court to nine members in the few months it generally takes to do would be a strong showing that American politicians can govern on some matters despite the dysfunction witnessed over the last few years.

With Scalia, a Ronald Reagan appointee, there was a five-to-four conservative majority. A White House nominee to replace Scalia – which Obama said he would do just hours after Scalia’s death – requires approval from the Republican-controlled Senate. Conservative presidential candidate Ted Cruz, a former Supreme Court clerk, said Scalia’s replacement should be left to Obama’s successor and Senate Majority Leader Mitch McConnell concurred. That would leave the seat empty for at least a year.

At eight members, the court is at risk of being deadlocked. That could upend issues such as the president’s executive action allowing 5 million illegal immigrants to stay in the country. If the Supreme Court can’t reach a majority opinion, the lower court’s ruling halting the order would be affirmed.

In January, the court also seemed like it might decide that workers don’t have to join public-sector unions, and therefore not pay dues, which would be a major blow to the labor movement. That decision also now hangs in the balance, as does the court’s first major abortion case in almost a decade.

With so much at stake, a compromise on a centrist candidate would be an ideal outcome, both for the country and as a show of leadership around the world. The U.S. political realities, however, threaten to rattle already shaky global investors and economies.

“On behalf of the court and retired justices, I am saddened to report that our colleague Justice Antonin Scalia has passed away,” Chief Justice John Roberts said in a statement, calling him an “extraordinary individual and jurist.”

Scalia’s death was first reported by the San Antonio Express-News, who said he had apparently died of natural causes while visiting a luxury resort in West Texas.

Supreme Court Justice Antonin Scalia testifies before a House Judiciary Commercial and Administrative Law Subcommittee hearing on ?The Administrative Conference of the United States? on Capitol Hill in Washington May 20, 2010. REUTERS/Kevin Lamarque

“On behalf of the court and retired justices, I am saddened to report that our colleague Justice Antonin Scalia has passed away,” Chief Justice John Roberts said in a statement, calling him an “extraordinary individual and jurist.”

Scalia’s death was first reported by the San Antonio Express-News, who said he had apparently died of natural causes while visiting a luxury resort in West Texas.