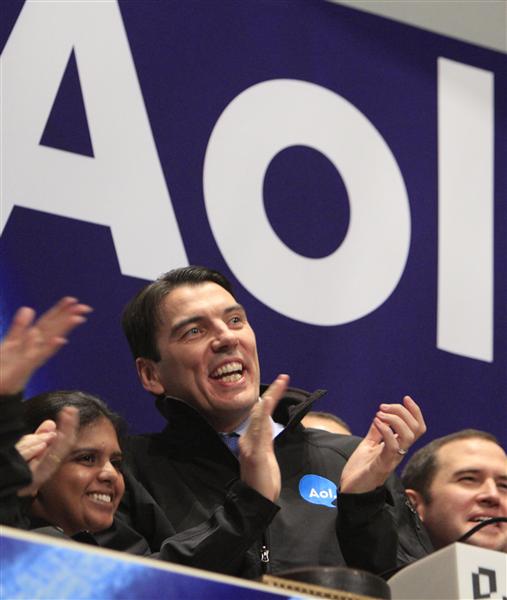 AOL hopes to regain its Internet mojo by focusing on women – a demographic often ignored by the male-dominated geeks of Silicon Valley. Despite lots of investment though, this hasn’t panned out for the fading firm run by Tim Armstrong. Yet out of seemingly nowhere, a startup – Pinterest – appears to be forging a similar strategy to grow at a phenomenal rate, and at a fraction of the cost.

MySpace and Yahoo show how hard it is to arrest decline on the Internet. Against their failures, AOL’s notion of aiming at underserved female and local audiences seemed relatively sensible. That’s where a majority of consumer spending is made, so it’s a natural target for advertisers. AOL is spending an estimated $160 million annually on its Patch network of local news sites, and last year shelled out $315 million for Huffington Post, whose audience skews female. Sadly, AOL, with a $1.5 billion market cap, hasn’t shown traction in Internet traffic. Revenue declined 6 percent in the third quarter and analysts expect that trend to continue when it reports fourth-quarter results next week.

So consider what Pinterest has accomplished with the $50 million or so it has raised, valuing it at some $200 million. The website, which allows users to pin pictures, videos and links to virtual bulletin boards, was launched in April 2010 and is growing at about 50 percent per month. It is now the 28th most popular Internet site in the United States, according to analytics firm Alexa, due to its popularity among women, especially those below 45. At its current rate of growth, the site should pass AOL in unique visitors some time this year. Add in the fact that Pinterest’s audience is younger and spends a lot more time on the site per visit, and it’s clear the firm is running circles around AOL.

Interest in Pinterest could fade. Other sites could spring up, offering better ways to collect and display content. The site isn’t making money yet either, and Internet history suggests eyeballs are always easier to draw than dollars. But its users readily pin pictures of coveted items for the home, follow people whose style they like and browse pictures of popular gifts. There’s clearly gold in there for clever marketers to mine. If Pinterest can sign up advertisers as successfully as it has users, AOL’s big idea will have been pinned by a startup on a shoestring.

Pinterest, a startup website that allows users to readily pin pictures of coveted items for the home, follow people whose style they like and browse pictures of popular gifts, grew from an estimated 50,000 unique U.S. visitors in December 2010 to 7.2 million in December 2011, according to analytics firm Compete.com. To use the site, visitors must obtain an invitation.

The online social network received a $27 million second-round investment, led by venture capital firm Andreessen Horowitz, in October that valued the firm at $200 million. The firm was launched in April 2010.