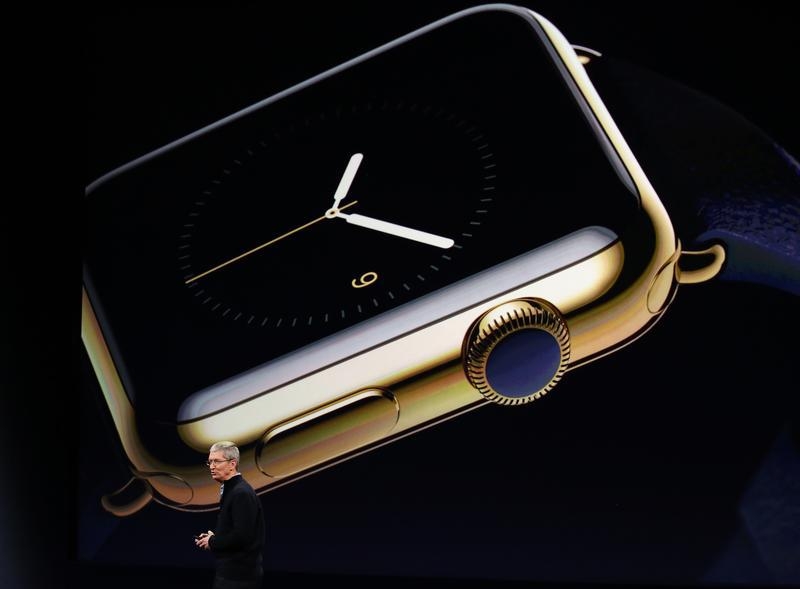 Apple has time on its side. The iPhone’s frenetic Chinese growth powered a 33 percent rise in revenue, to $50 billion in the three-month period ending June 27. Marginally softened forecasts for the next few months nevertheless knocked some $50 billion off Apple’s value. Limited information about Watch sales also disappointed. A little patience, however, will go a long way.

Sales generated in the Middle Kingdom doubled in the latest quarter. The country now represents more than a quarter of the company’s revenue. The biggest driver was iPhones, as more Android users switched to Apple.

It hasn’t quelled concerns about China’s slowing economic growth and intensifying competition in the smartphone market. Such devices are, after all, luxury goods for many consumers. And Apple, now with over $200 billion of cash on its balance sheet, is mostly a one-trick pony. The iPhone accounts for 63 percent of revenue and even more of profit. If Chinese demand slows, the gallop will slow to a trot.

Chief Executive Tim Cook’s decision to husband detail on Watch sales didn’t help. Apple said it was for competitive reasons. Disappointing sales is more likely the cause. Although the Watch surpassed the iPhone and iPad launches – suggesting at least 3.3 million of them were sold – the company also said revenue from its newest gizmo more than offset falling iPod and accessory sales. It’s not the ringing endorsement Apple devotees desired.

It’s nevertheless premature to write off the Watch. Apple has had slow-burning hits in the past. In the first full quarter the iPod was available, the company only sold 57,000 of them. It may take a little longer for users and developers to optimize the modern timepiece.

In any case, its significance will remain marginal for a while given the iPhone’s dominance. The next quarter could be tough, as the product cycle causes prospective customers to bide their time until the next iteration, perhaps in the fall. If history is any guide, it probably means the following quarter will be a blockbuster. Cook is also confident China will be the company’s biggest market, implying 50 percent sales growth there. Investors would do well to synchronize their pace with Apple’s.

Apple sold 47.5 million iPhones in the quarter, a 35 percent increase from the same period in 2014. The number of iPads sold fell 18 percent to 10.9 million and the number of Mac computers sold increased 9 percent to 4.8 million.

Apple sold 47.5 million iPhones in the quarter, a 35 percent increase from the same period in 2014. The number of iPads sold fell 18 percent to 10.9 million and the number of Mac computers sold increased 9 percent to 4.8 million.