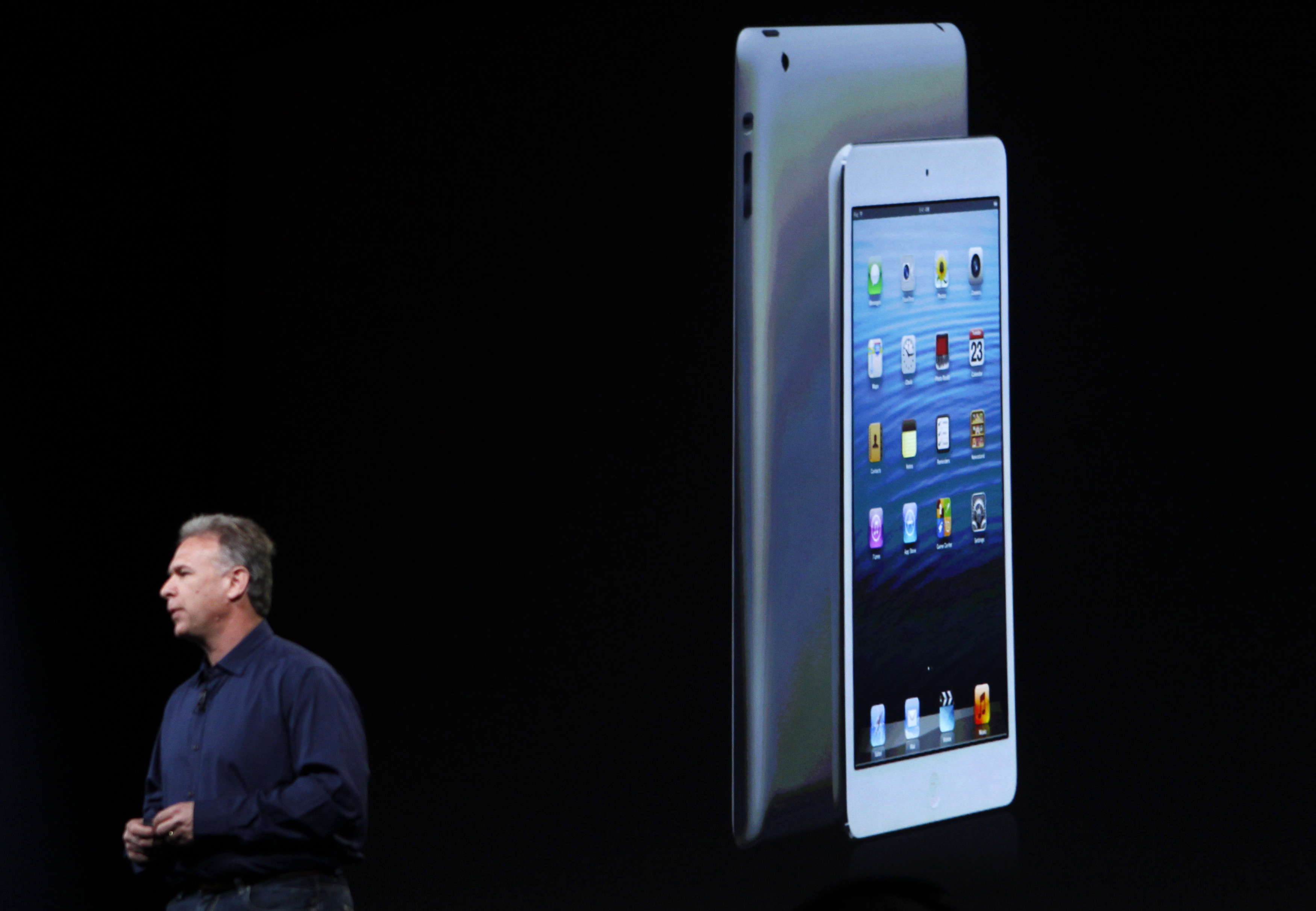 Apple’s results have shrunken the iPad mini’s relevance to size. Hawking nearly 27 million iPhones last quarter dwarfs all the hoopla earlier this week surrounding the launch of the tinier tablet, which may sell about the same amount in a year. Moreover, iPad profit margins don’t compare – and the mini’s will be smaller still. The phone still energizes the Apple ecosystem.

Impressive growth came through again despite Apple missing what analysts had been expecting the bottom line to be. Sales increased 27 percent and earnings per share 23 percent. Most of it can be attributed to the iPhone, which accounts for just under half the company’s revenue. While unit sales of the handset rose 58 percent from a year ago, iPad sales grew at less than half that pace, to 14 million. The difference in growth rates is also only half the story.

The gross margin on iPhone sales in recent years has been between 49 and 58 percent, depending on the number and model sold, according to documents released in Apple’s trial against Samsung. Comparable figures for the iPad are about half that. And Apple acknowledged on Thursday that the mini will have substantially lower margins still.

Consider that if Apple sells 30 million of the minis in its first year, as Sanford Bernstein estimates, it’ll add about $1 of earnings per share – or less than 2 percent of the $53 Wall Street is expecting the company to generate in the coming fiscal year. Lower price and margins and some cannibalization from sales of the bigger iPads would all be factors.

Although manufacturing costs are increasing because of all the new products, Apple’s current quarter should be a big one. Gadget sales sparkle during the holidays and the company has new desktops, laptops, iPods and tablets already on shelves or on their way. It’ll also be the first full quarter the new handset will be available. The latest earnings are a reminder that how the iPhone goes, so goes Apple.

Apple said on Oct. 25 it generated $36 billion of revenue for the quarter ending Sept. 29, an increase of 27 percent from the same period last year. Earnings per share rose 23 percent to $8.67. The revenue was roughly in line with what analysts had been expecting, according to Thomson Reuters data, but the profit fell short.
For the December quarter, Apple forecast revenue of $52 billion, below the Wall Street consensus of $55 billion.
Apple sold 26.9 million iPhones in its fiscal fourth quarter, an increase of 58 percent over the same period last year, and 14 million iPads, an increase of 26 percent. Mac computer sales rose 1 percent from last year to 4.9 million units in the quarter while iPod unit sales decreased 19 percent to 5.3 million.
The company reported $121 billion of cash and investable securities on its balance sheet.