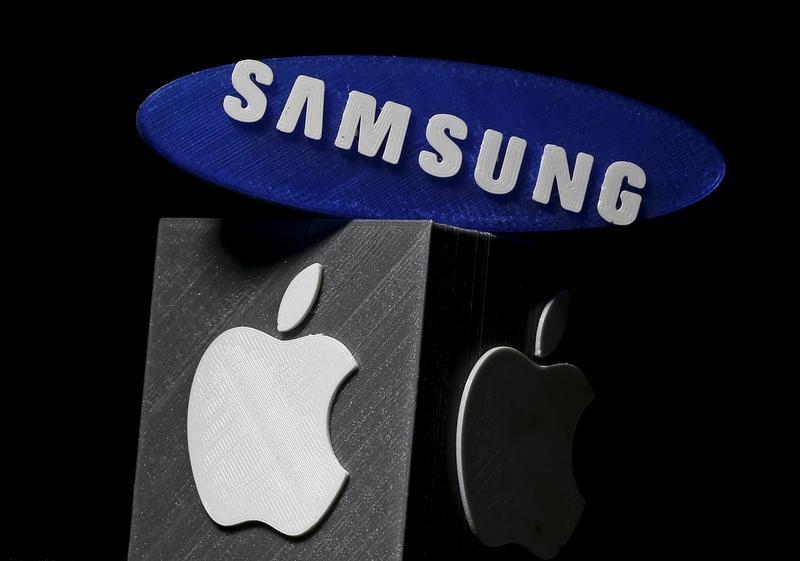 The Supreme Court ruled that Samsung doesn’t have to fork over all profit earned on devices that copied parts of the iPhone’s appearance. Instead, damages should be based only on the value of the mimicked features. It’s a logical ruling that’s hard to put into practice.

3D-printed Samsung and Apple logos are seen in this picture illustration made in Zenica, Bosnia and Herzegovina on January 26, 2016.

The U.S. Supreme Court ruled on Dec. 6 that Samsung did not owe $399 million of a $548 million penalty it had paid Apple for infringing on that firm's design patents. A lower court ruled that Samsung had copied Apple's iPhones by making smartphones with rectangular faces with rounded edges and using colorful icons on a black screen.

The Court held that a firm does not always have to surrender all profits from the sale of products using stolen designs because the designs only covered certain components rather than the whole device. The lower court must now reformulate the amount awarded to Apple to cover the amount of Samsung's profit on the phones in question that came from copying Apple's patented features.

Apple sued in 2011, claiming Samsung stole its technology and the look of the iPhone. The U.S. Court of Appeals for the Federal Circuit later upheld the patent-infringement verdict but reduced damages to $548 million.