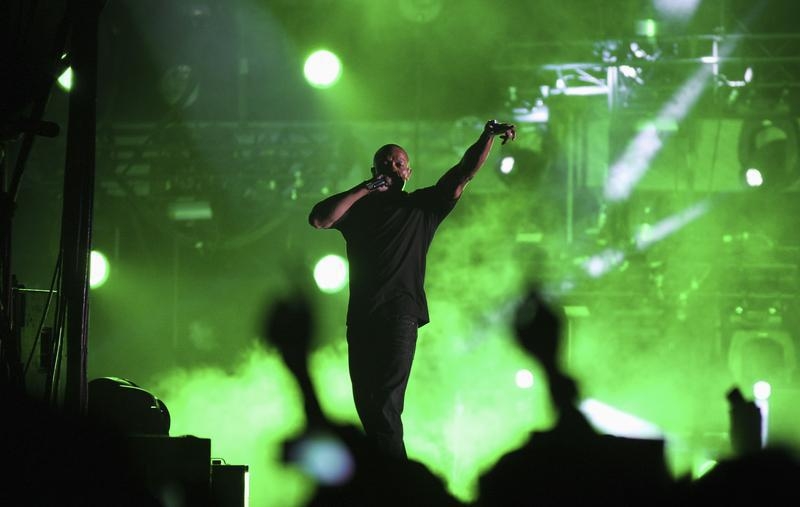 Apple is showing another symptom of a mid-life crisis. It hasn’t got a tattoo or hooked up with a Pilates instructor. But the iPhone inventor’s interest in headphone maker Beats Electronics suggests it feels the need to open its wallet in order to keep up with the cool kids.

As it approaches its 40th year, the Cupertino company is displaying signs of middle-aged spread. Its $500 billion market value dwarfs all rivals, and it has been a while since Apple unveiled a worthy successor product to the iPod, iPhone and iPad. Persistent rumours that it is on the cusp of reinventing the television or the wristwatch have yet to come true.

One advantage of advancing years is increased financial security. At last count, Apple had $151 billion in the bank. But issuing bonds to carry out a tax-efficient stock buyback, as the company did last month, doesn’t get you talked about in San Francisco bars. It’s a common refrain that Tim Cook, the chief executive, lacks predecessor Steve Jobs’ innovative streak. Apple’s interest in Beats may be part of an effort to change that perception.

Rapper Dr. Dre’s headphone brand offers street cred, while Beats’ new music streaming service could lend some vigour to Apple’s underwhelming iRadio. A deal might also snag Beats CEO Jimmy Iovine, a music industry legend and sometime collaborator with Jobs. At $3.2 billion, according to news reports, it would also be Apple’s biggest acquisition, even though it would barely register in the tech group’s financials.

Once Apple goes down the road of buying things it doesn’t think it can build, however, it’s hard to know where it will stop. Just as middle-aged men stereotypically buy sports cars, Apple could even target Tesla, Elon Musk’s $22 billion electric car maker.

Apple isn’t alone in splashing out to keep younger generations engaged. Facebook founder Mark Zuckerberg’s $1 billion purchase of Instagram two years ago looked defensive but seems to have worked out well. He has gone on to spend more than $20 billion on acquisitions so far this year.

Dr. Dre performs at the 2012 Coachella Valley Music and Arts Festival in Indio, California April 15, 2012. The Coachella festival, which commenced in 1999 on the desert lawns of the Empire Polo Club in Indio, California, has grown from 25,000 attendees overall to 75,000 people a day, and has become an important platform for alternative rock, rave and electronic music acts. REUTERS/David McNew

Both companies are hashing out details and the envisioned deal could still fall through, one person told Reuters on condition of anonymity because the discussions were private.

A second source familiar with the matter told Reuters that Apple was in the market for a subscription-based music service to complement its “iRadio” ad-based offering, launched in 2013 as part of an attempt to jump into a music-streaming arena then split between a handful of startups such as Pandora.