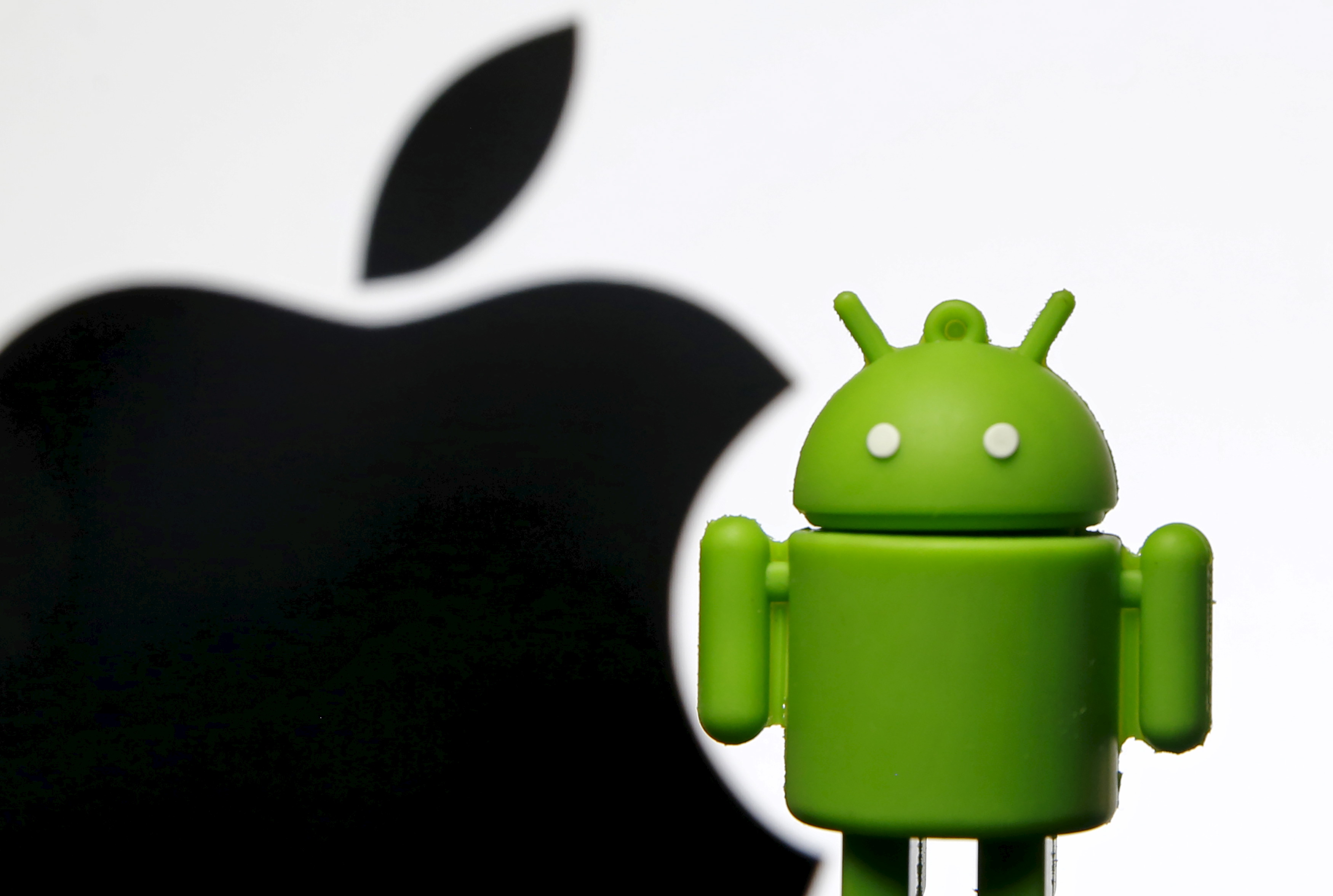 Shares in chipmaker AMS soared 20 pct after it forecast better second-quarter sales and implied it was relying less on the iPhone maker for business. But it still has a heavy debt pile and low margins. Greater detail on new revenue sources would make the bounce more durable.

An Android mascot is seen in front of a displayed logo of Apple in this photo illustration taken in Zenica, Bosnia and Herzegovina, May 5, 2015.

Chipmaker AMS on April 30 said revenue in the three months to end-March fell 20 percent from the fourth quarter of 2018 to $390.2 million, at the upper end of its guidance. The group’s operating margin was 6 percent.

AMS, which specialises in sensor technology for tasks like facial recognition, gave an upbeat outlook for the second quarter as it benefited from a rising number of Android smartphones using its 3D optical sensors.

The Austrian firm expects revenue in the second quarter to be between $390 million and $430 million and its operating margin to reach around 10 percent in the period.