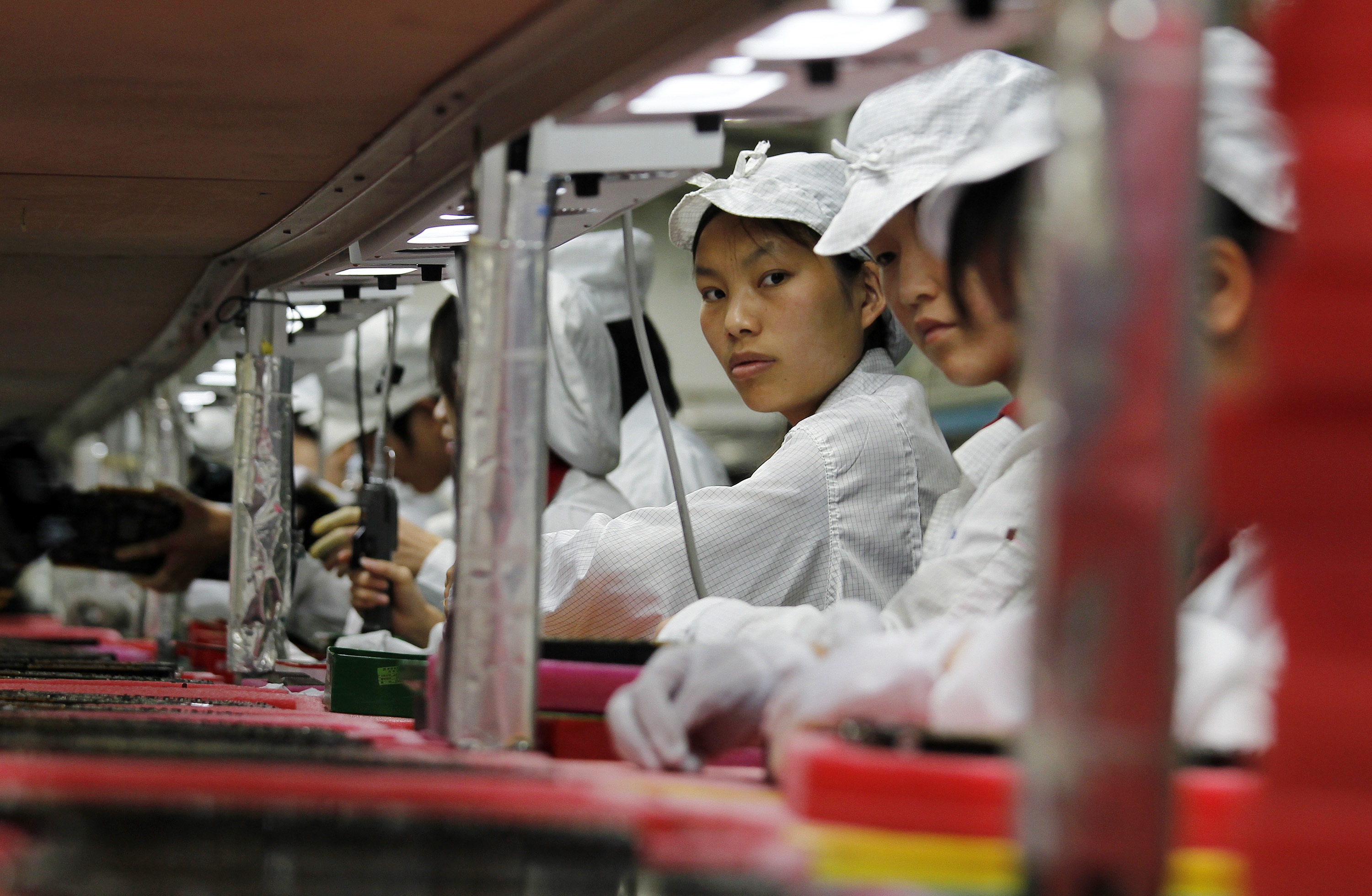 Foxconn, maker of the 10th anniversary X model, reported a 39 pct slide in quarterly profit and lower margins amid production snags. The setbacks should be temporary. As iPhone orders roll in and production picks up, the Taiwanese manufacturer’s fortunes will turn around quickly.

Workers are seen inside a Foxconn factory in the township of Longhua in the southern Guangdong province May 26, 2010.

Formally known as Hon Hai Precision Industry, the company said its profit in the period was T$21 billion, or about $700 million, compared with T$34.6 billion a year earlier.

Foxconn is a major supplier to Apple, whose 10th anniversary iPhone went on sale on Nov. 3. New features in the device have caused some production delays.

The company's shares opened down 2.8 percent in Taipei on Nov. 15 at T$103 a share, their worst daily performance in the last 12 months. The stock is around 18 percent below the record high price it reached in early August.