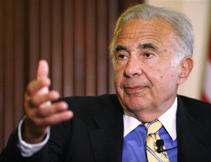 Apple’s stubbornness is on show before its quarterly earnings report, expected on Monday. The longevity of the Macintosh computer, 30 years old on Friday, is one sign of Apple’s persistence. Sure, the company occasionally bows to external demands – but rarely admits it. It will add to its product lineup and, as investor Carl Icahn is demanding, it will one day return more cash to shareholders. But outside pressure won’t get any credit.

Obstinacy can be a strength, deployed wisely. Apple paid no heed to calls to liquidate its business in the late 1990s when its Macs seemed irrelevant. In recent years it has faced down demands that it introduce cheaper versions of its gadgets.

Sure, a low-cost iPhone would bump up revenue growth and earnings for a couple of quarters. But Apple’s reputation for producing luxury items that work well allows it to charge high prices and reap nearly 40 percent gross margins. If it went down-market and damaged its brand, the company’s profitability would suffer.

Introducing a new product, like the rumored TV, before the kinks are worked out could have the same result. Though it involved software rather than hardware, the premature launch of Apple’s flawed maps application in 2012 will have taught Chief Executive Tim Cook that lesson. On Monday’s earnings call, executives will surely stonewall any questions about new products, as usual.

Apple can’t ignore all pressure, however. The company clumsily tried to jam three good-governance measures together for a shareholder vote a year ago. After a legal challenge by hedge fund boss David Einhorn, it had to withdraw the proposal. Apple has quietly brought back the measures this year, unbundled as the court required into three separate votes.

Einhorn had also called for the company to return more capital to shareholders. Though Apple initially ignored him, in April last year it increased its dividends and its buyback program to return $100 billion to investors by the end of 2015 – based on its own analysis, of course.

Icahn has now demanded an increase in buybacks in the current fiscal year to $50 billion. He seems to be getting a polite version of the stonewall response, too. But with almost $150 billion of cash on its balance sheet, Apple will eventually see for itself the merits of returning more to investors.

Apple’s first Macintosh computer debuted 30 years ago on Jan. 24. The company is scheduled to release quarterly earnings on Jan. 27.

On Jan. 23, Carl Icahn said his fund owned $3.6 billion of Apple stock. He repeated his call for the company to buy back $50 billion of stock in its 2014 fiscal year.

The iPhone maker will hold its annual shareholder meeting on Feb. 28.

In its proxy statement for the meeting, Apple has proposed separate measures to implement majority voting for directors, eliminate the board’s ability to issue any amount of preferred stock, and establish a par value for the company’s stock. These measures were in last year’s proxy, bundled together as one item. David Einhorn, the Greenlight Capital founder, challenged the bundling and in February last year, a court ruled that Apple must unbundle these proposals.

Other items up for a shareholder vote include a non-binding resolution proposed by Icahn to the effect that Apple complete not less than $50 billion of share repurchases during its 2014 fiscal year, which Apple has recommended shareholders vote against.