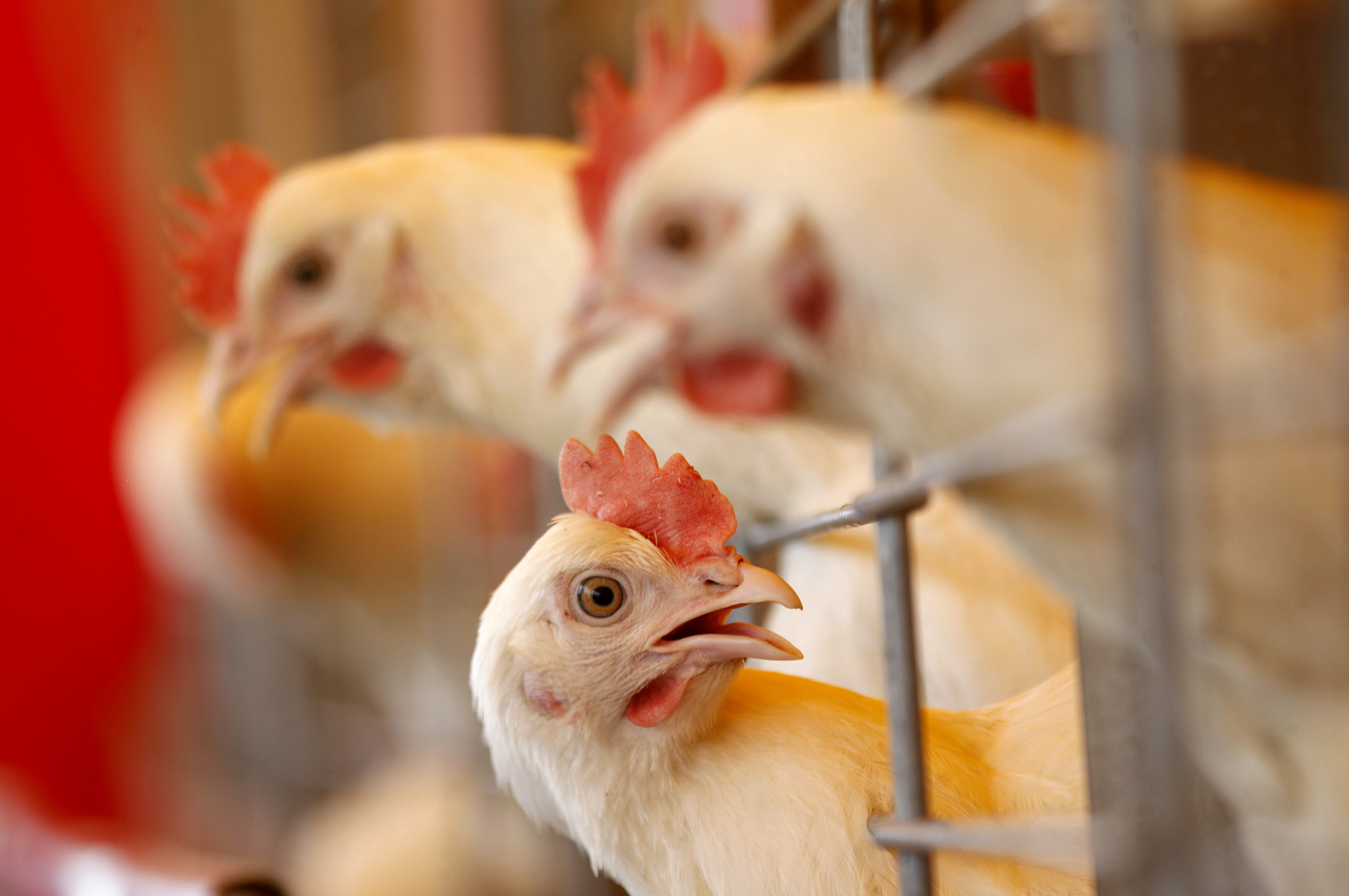 Today’s bird weighs up to five times as much as 60 years ago, putting it on track to be the world’s protein of choice. Yet the rate of growth is slowing because of the fowl’s physical limits. That’s a recipe for lab-grown alternatives, just as regulators clarify the rules.

Chickens are seen during an international agricultural exhibition in the outskirts of Minsk June 5, 2013.

Chickens now have a combined mass greater than all other birds on Earth combined, according to a paper published on Dec. 12 by the Royal Society of Open Science.

Chicken consumption is growing faster than any other type of meat, and will probably soon outpace all others. In 2016, 66 billion chickens were slaughtered.

One factor driving consumption is improved production and declining cost. Broilers from a 1957 breed have between one-fourth and one-fifth the body weight of broilers from a 21st century breed, the paper said.

In November, the U.S. Department of Agriculture and the U.S. Food and Drug Administration decided they will jointly oversee the production of cell-cultured food products derived from livestock and poultry.