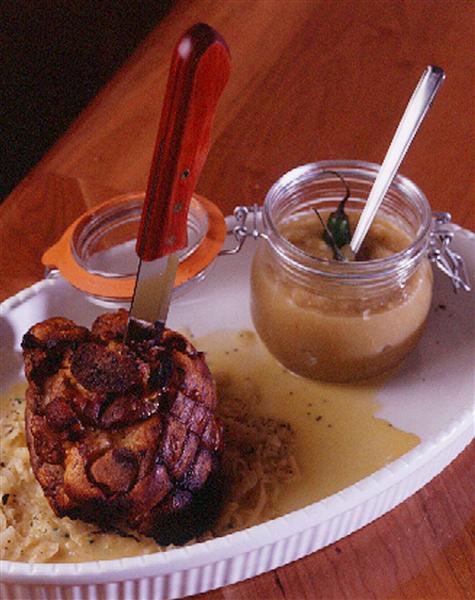 It’s hard not to smirk at the latest transaction to shoot out of the M&A pipeline. America’s largest title insurer, the $4 billion Fidelity National Financial, is buying O’Charley’s, an owner of U.S. steak joints. Not only is it a deal ripe for bad jokes about a combination plate of mortgage deeds and French fries. It also defies all convention.

Fidelity specializes in the humdrum world of processing real estate documents to ensure sellers actually own the properties they’ve put on the block. O’Charley’s is a struggling casual dining chain serving up delectables like “New York Pizza Pasta.” Not even the most hubristic investment banker would pitch huge synergies.

But there’s a still funnier twist. Fidelity National’s chairman, William Foley, knows both mortgages and meat. The company is essentially his brainchild. He rolled up a bunch of smaller title insurers over a quarter century. During some of that span, Foley also ran CKE, parent company of the Hardee’s burger joints.

That may explain the direction Fidelity National has been moving. It already owns stakes in restaurants with revenue of $400 million a year – and recently sold its flood insurance business. Of course, insurers often seek ways to invest proceeds from premiums. It’s just they typically use an intermediary, like a private equity firm, instead of direct ownership of uncorrelated companies.

Investors aren’t so sure about Foley’s ambitions. Fidelity National shares fell over 1 percent on the O’Charley’s news. The 42 percent premium it is paying may impede any hopes of a reasonable return. What’s more, shareholders could be worried Foley will replicate the trouble he ran into at CKE when it expanded too rapidly.

Fidelity National is also bucking the anti-conglomerate trend. Rather than aggregating disparate companies Berkshire Hathaway-style, more companies are breaking up to deliver greater shareholder value. Fortune Brands, for example, carved up its mishmash of golf clubs, bourbon and faucets.

For bankers at Jefferies and Evercore, this oddball O’Charley’s deal will be no laughing matter in a slow market. Global M&A volume as of Feb. 2 was at its lowest level since 2003, according to Thomson Reuters. Though it’s only a $220 million deal, financial advisers can do with any amount of fees to lighten the mood.

Big food is power food according to restaurant owners who say that when a business deal is at stake ordering a big hunk of meat is not rare.

Fidelity National Financial, the largest American title insurer, said on Feb. 6 it would buy casual restaurant chain O’Charley’s for $9.85 a share, a premium of 42 percent to the closing price on Feb. 3. The deal values the company at $221 million. Fidelity National already owns 9.5 percent of the outstanding shares.