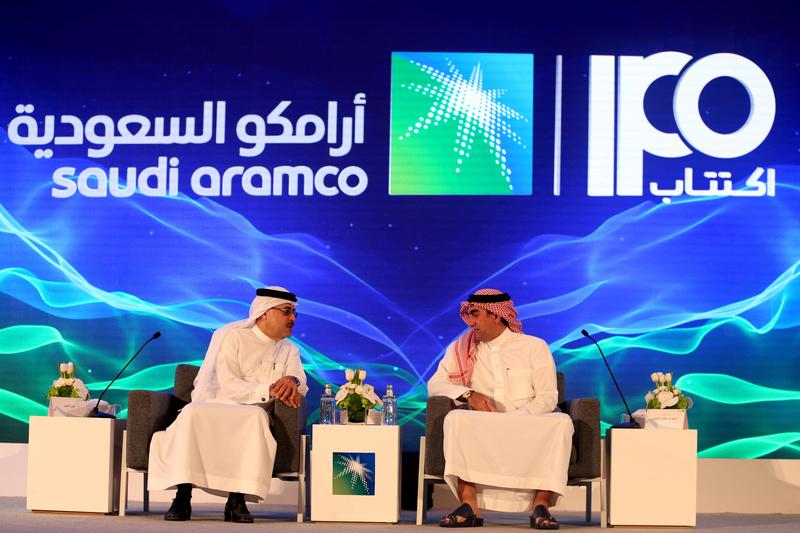 The Saudi oil giant will offer shares below the $2 trln valuation originally sought by the kingdom’s crown prince. But selling just a 1.5% slice implies the price range is still too rich for foreign investors. The mega-IPO is moving closer towards being a largely domestic affair.

But in an addendum to the IPO prospectus on Nov. 17, Aramco said that it had removed any reference to such regulations, which three people familiar with the matter told Reuters suggested there would not be any international roadshows to market the shares.

Reuters reported on Nov. 15 that MSCI, the world’s biggest index provider, would follow in the footsteps of S&P Dow Jones and FTSE Russell, which told clients this week they could fast-track Aramco’s inclusion into their indexes as soon as December.

MSCI, whose indexes are used by funds with trillions of dollars in assets globally, said that if Aramco starts trading on or before Dec. 12, it would add it to the MSCI Equity Indexes from Dec. 17.

Aramco is yet to name any cornerstone investors in the deal.