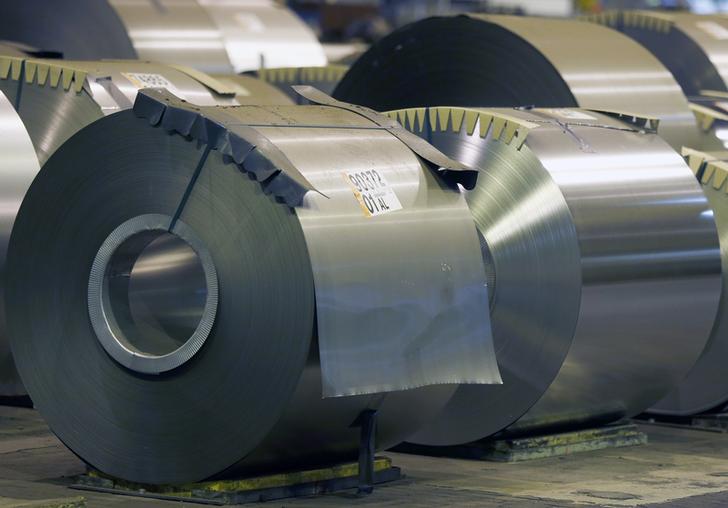 After a $7.9 bln net loss for 2015 and big writedowns, the steelmaker has launched a $3 bln rights issue. It buys time for a cost-cutting programme, but ArcelorMittal’s real issue is outside its control: the aggressive supply tactics of Chinese steelmakers and Australian miners.

Coils of steel are seen at the ArcelorMittal Factory in Florange, Eastern France, October 18, 2013.

ArcelorMittal, the world’s largest steelmaker, launched plans on Feb. 5 to raise $3 billion from a share issue to reduce debt.

The group forecast EBITDA for the coming year of “in excess of” $4.5 billion, compared with Eikon consensus estimates of $5.5 billion, and said it saw little improvement in overall global demand for steel. EBITDA for the 2015 year fell by $2 billion to $5.2 billion.

The $3 billion rights issue would form part of plans to cut net debt to below $12 billion, compared with $15.7 billion at the end of December 2015. The Mittal family will take up its proportional entitlement to the new shares, which is around $1.1 billion. Goldman Sachs, Bank of America Merrill Lynch and Credit Agricole are underwriting the offer.

The company also said it was selling its 35 percent stake in Spanish automotive steel specialist Gestamp Automoción to the majority shareholders, the Riberas family, for 875 million euros ($979 million).

ArcelorMittal’s share price has dropped more than 60 percent in the past 12 months, cutting the group’s market value to just 6.2 billion euros ($6.94 billion). The shares were down 7 percent at 1000 GMT on Feb. 5.