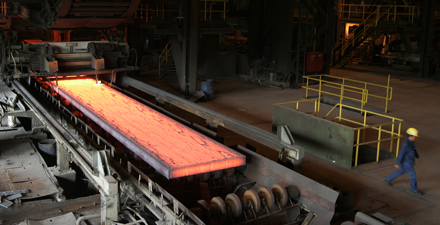 The world’s biggest steelmaker is raising new capital to help cut debts. Arcelor sensibly waited for a warmer market to hold a $3.5 bln placing of shares and convertible bonds. This is easier than a rights issue but the controlling Mittal family will get diluted again.

On Jan. 9 ArcelorMittal said it would issue $3.5 billion of shares and mandatorily convertible notes to help reduce debt. The world’s biggest steelmaker said it expects net debt to hit $17 billion by June 30, down from about $22 billion at the end of 2012. The Mittal family will contribute $600 million. They own about 41 percent of the company, according to the 2011 annual report.
Moody’s, which two months earlier cut ArcelorMittal’s credit rating to Ba1, its highest “junk” rating, said the move was “credit positive”. But Moody’s will keep a “negative outlook” until ArcelorMittal de-gears further and both the global economy and steel markets improve.
Market demand will help determine the final breakdown between shares and convertible bonds. Arcelor expects to price the three-year convertibles with a coupon between 5.875 percent and 6.375 percent. If ArcelorMittal’s stock rises, the conversion price for the convertibles also rises, to a maximum 125 percent of the original share placement price. The measure is meant to reduce shareholder dilution.
Amsterdam-listed shares in ArcelorMittal stood 3.3 percent lower by 1600 GMT, at 12.975 euros a share.
(Paragraph 2 has been updated to correct the name of Arcelor’s chief financial officer: from “Lakshmi Mittal” to “Aditya Mittal”.)