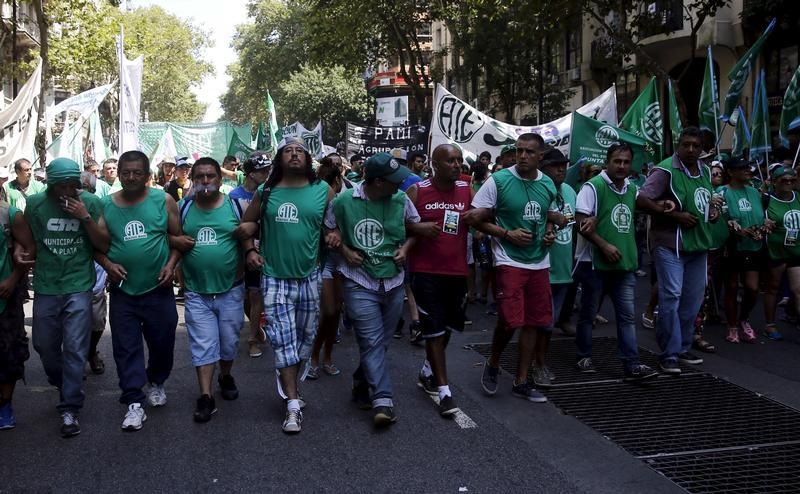 Argentina’s President Mauricio Macri is on the verge of his first major victory since taking office in December. The pro-business leader appears close to a deal with major holdout investors that would end a decade of legal wrangling over the country’s defaulted debt. He will need it if he is to right Argentina’s listing economy.

Macri promised to get Latin America’s third-largest economy on track by lifting currency and trade controls, reining in spending and ending the debt standoff. Some 5 percent of investors holding defaulted debt had refused to settle alongside the others in 2005 and 2010. Led by an Elliott Management affiliate, they persuaded a U.S. judge to block the country from paying any other creditors first. Displaying what the judge last week called “contumacious policies,” Fernandez refused to talk with the holdouts, deriding them as “vultures.”

Now the two sides have reached a deal “on economic terms,” a lawyer for Elliott’s NML Capital and Aurelius Capital Management said on Wednesday, involving “a $5 billion transaction.” Further details are unclear, but it looks as though Macri will be as good as his word.

He has also followed through at home, allowing the currency to weaken to a historic low of around 15 pesos to the dollar, slashing electricity subsidies and laying off thousands of public-sector workers. That has led to labor unrest: unions representing government office workers and hospital staff, among others, staged a one-day walkout on Wednesday. A difficult round of salary talks looms with teachers, truckers and other unionized workers who are likely to demand pay hikes to match inflation.

The government expects growth of up to 1 percent this year after GDP virtually stalled in 2015 and hopes its reforms will boost that to 4.5 percent a year between 2017 and 2019. Getting there will provoke more protests, some no doubt fueled by Fernandez supporters. For Macri, a debt deal will be just the end of the beginning.

Major creditors suing Argentina over defaulted bonds have agreed to the economic terms of an agreement to resolve the long-running litigation but need more time to complete the $5 billion deal, a lawyer for the investors said on Feb. 24. The disclosure came during a hearing before a federal appeals court in New York, where the panel said it will allow a U.S. judge to move forward with lifting injunctions that restrict Argentina from paying off some debts. The court-appointed mediator in the dispute later said the lawyer had violated a confidentiality agreement by disclosing tentative terms of a deal.

Matthew McGill, a lawyer representing Elliott Management’s NML Capital and Aurelius Capital Management, said his creditor clients “have had an agreement on economic terms with Argentina since Thursday,” calling it a “$5 billion transaction.” But he added the parties needed “just a little time” to finish the deal.

Unions representing hospital staff and government office workers, among other public-sector employees, staged a one-day walkout across the country on Feb. 24. It is the first such strike that President Mauricio Macri has faced since taking over in December. Macri has promised to break with the leftist populism of his predecessor Cristina Fernandez and revive the nation’s economy.