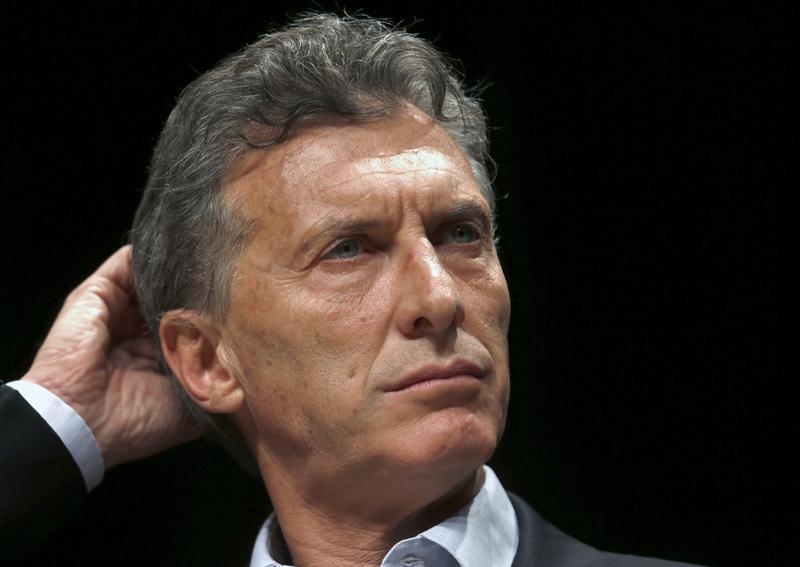 Argentine voters look set to choose uncharismatic, pro-market Mauricio Macri as their next president on Sunday, opting for a dose of realism over the magical thinking of President Cristina Fernandez. Latin America’s No. 3 economy needs orthodox management after years of populism under Fernandez and Nestor Kirchner, her late husband and predecessor. But addressing the nation’s problems could make Macri unpopular very fast.

The current mayor of Buenos Aires surprised pollsters with a strong showing in the first round of presidential elections on Oct. 25. He finished a close second to ruling-party candidate Daniel Scioli, Fernandez’s pick. Scioli offers a gradual, partial shift from the statist economic policies and nationalism that marked the outgoing president’s tenure. He trails Macri by around 8 percentage points, according to opinion polls.

Macri, by contrast, says he will lift currency controls and allow the peso to slide to a more realistic level against the dollar. While both men say they will seek an agreement with holdout creditors over the nation’s defaulted foreign debt, Macri promises quicker, deeper economic reforms. The Merval stock-market index jumped to record highs this week after neither candidate landed a telling blow in a televised debate on Nov. 15, leaving Macri in the lead.

The roughly $540 billion economy is in a bad way, despite rosy official numbers that require suspension of disbelief. Reserves have dwindled to nine-year lows and inflation is in double digits. Argentina will end the year with a fiscal deficit of 3.5 percent of GDP, Economy Minister Axel Kicillof said this week, but the opposition and many private analysts reckon it will be closer to 7 percent.

Restoring the credibility of economic data is one of the dull but responsible tasks Macri will need to accomplish. Widespread subsidies and social programs kept Fernandez popular but will not all be sustainable for the next president.

If Macri wins, he will face an unfriendly Congress and may struggle to carry out all the reforms he wishes. Economic realism could pall quickly for Argentines, and although the fiery Fernandez cannot seek a third consecutive term, she could try to return in 2019. The temptation of magic is powerful. Investors should exercise caution.