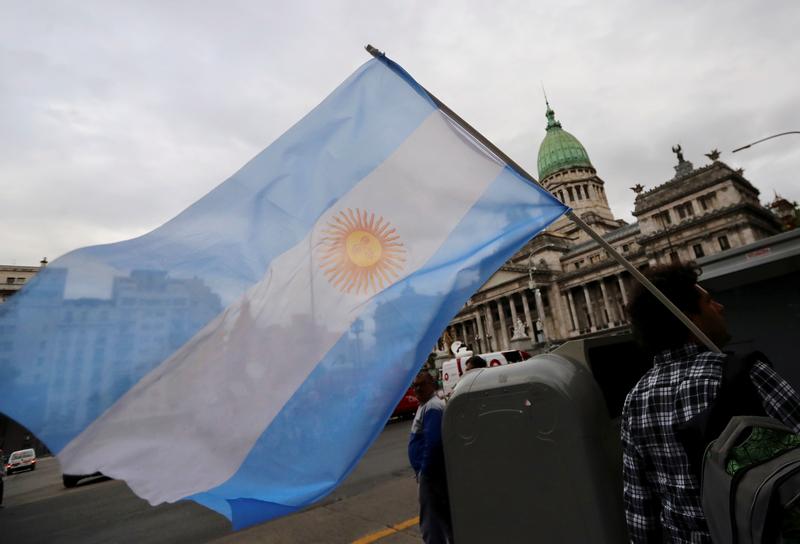 Some investors say their newly restructured bonds have tanked due to President Fernandez’s lousy policies. They’re right. But they’re shouting in the wind, because they agreed to a debt rejig based on unenforceable promises, and gave up what leverage they had in the process.

A man waves an Argentine national flag during a protest against a cost increase in public and utility services in Buenos Aires, Argentina, January 10, 2019.

Two groups that hold Argentinian bonds on Oct. 22 accused the country of pursuing economic policies that have hurt investor confidence and caused their bonds to significantly decline in value.

The Exchange Bondholder Group and the Argentina Creditor Committee consist of 48 institutions who all participated in a $65 billion restructuring that closed in September. Many large creditors, including BlackRock, a significant holder of Argentina’s bonds, have not supported the statement.

The International Monetary Fund is discussing new loans with Argentina, which currently owes it around $44 billion. The bondholder groups said in their statement that creditors have played their part, and called on the IMF to do the same.

Argentina’s Economy Minister Martin Guzman said on Oct. 23 that the bondholders’ statement came from a minority group and that larger creditors had sent him messages distancing themselves from it.