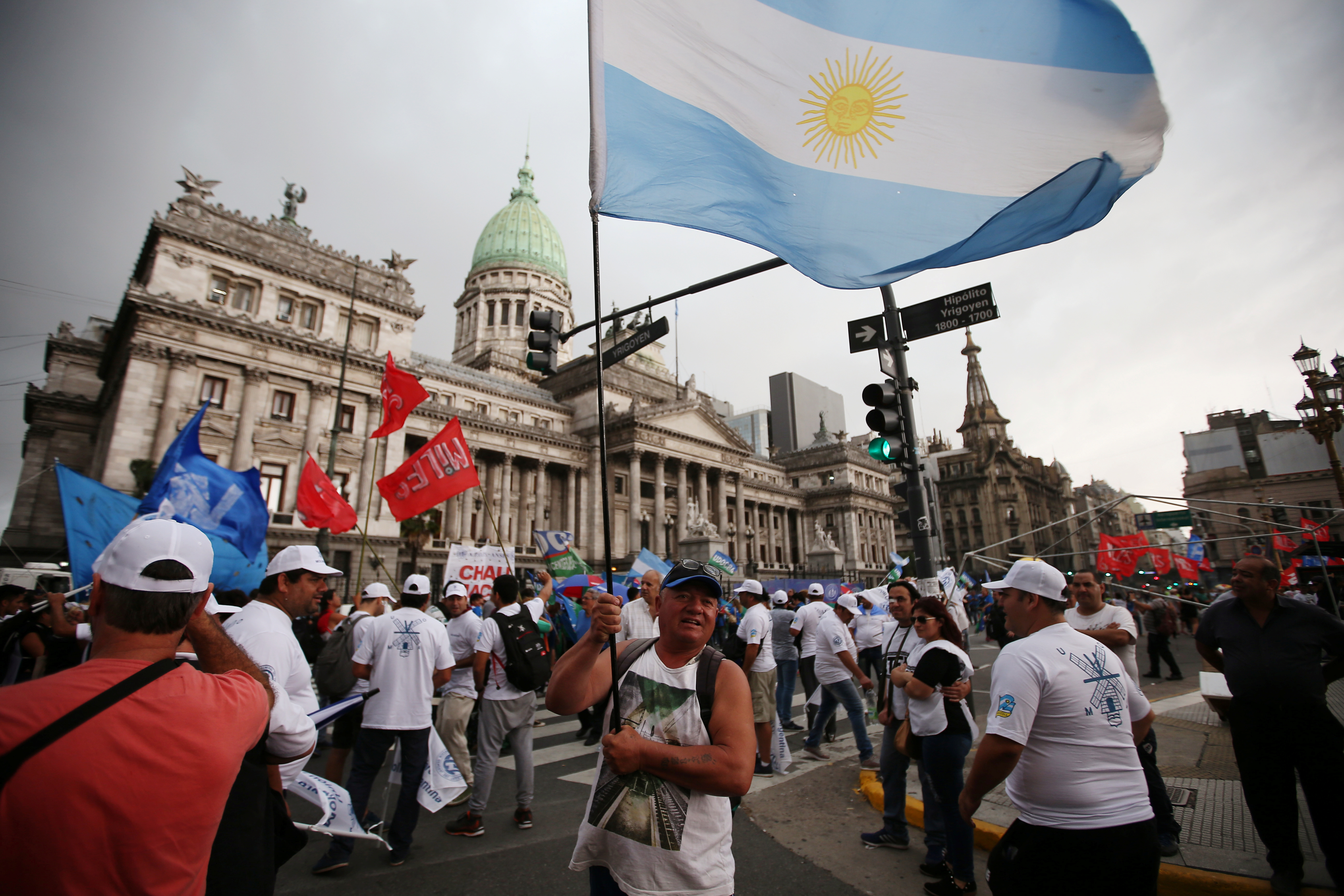 The president’s support is sinking as the peso dives, inflation persists and poverty rises. Populist nemesis Cristina Fernandez wants to run in October elections, spooking investors. But Macri’s IMF-endorsed policies, even if softened, are likely to endure. He may yet do so too.

"Economic activity contracted in 2018 but there are signs that the recession has bottomed out, and a gradual recovery is expected to take hold in the coming quarters," Christine Lagarde, the IMF's managing director, said in a statement.

The Argentine peso has lost around 15 percent of its value against the dollar so far in 2019. Center-right President Mauricio Macri’s government has cut public spending and raised interest rates. Inflation is running at an annual rate of more than 50 percent.

Argentine trade unionists, small-business owners and other opponents of Macri’s measures took to the streets of Buenos Aires on April 4 in the latest protest against his policies. Macri is widely expected to seek a second four-year term in office in October elections.