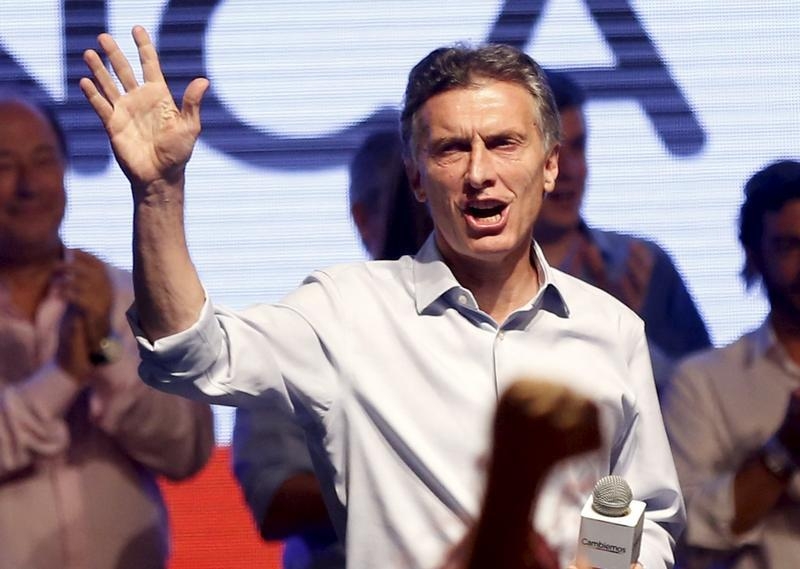 Real money may finally be on the table in Argentina. President Mauricio Macri’s government has asked owners of roughly $9 billion in defaulted bonds to accept a 25 percent discount. Two have agreed. The big holdout – Elliott Management – is still haggling, and the nation’s Congress and a U.S. judge would have to bless any bargain. For the first time in ages, though, a functional economy and access to global markets seem in reach.

The legal battle for payment has raged since Argentina’s 2001 default on some $100 billion of debt. About 95 percent of creditors swapped their bonds in 2005 and 2010 for some 30 cents on the dollar or less. An Elliott affiliate refused, winning court orders saying the country cannot pay any other creditors before the hedge fund and other holdouts.

Macri’s offer on Friday of more than 70 cents on the dollar looks mighty sweet by comparison. Even if Elliott agrees to it, though, substantial hurdles remain.

The biggest for the president may be at home. His Peronist predecessor, fiery leftist Cristina Fernandez, refused to talk with the holdouts, belittling them as “vultures.” A left-leaning Congress will still need convincing. But recent defections of a dozen legislators away from Fernandez’s strand of Peronism may help Macri gain approval for the deal.

That still leaves Thomas Griesa, the 85-year-old federal judge whose scathing decisions have effectively blocked Argentina from international capital markets and garnered U.S. Supreme Court support. His rulings favoring Elliott may give it powerful leverage to cut a better deal. Yet even Griesa has long insisted on a settlement, and obstinance could sway the judge to modify his orders and force Elliott’s hand.

In any event, there may never be as propitious a time for a bargain. Argentina is having one of its bouts of economic sanity, which don’t tend to last. Macri has political momentum and probably needs this agreement to turn around an economy that the International Monetary Fund forecasts will shrink by 0.7 percent in 2016. If he fails, so may his administration, opening the way for a much less cooperative successor – at a stretch perhaps even Fernandez – in 2019.

Elliott and the other holdouts have won every hand so far in this high-stakes game. It’s time they cashed in their chips.

Argentina on Feb. 5 offered $6.5 billion in cash to pay creditors suing the country over defaulted bonds, seeking to end a 14-year legal battle that has shut Latin America’s third-largest economy from global markets.

Of the six leading holdout bondholders, two - Montreux Equity Partners and Dart Management - have already accepted the offer, the U.S. court-appointed mediator said. If all litigating bondholders agree to the deal, it would represent a roughly 25 percent discount for creditors who filed claims of about $9 billion.

The payments would be financed through new sovereign debt issuances, according to Reuters. The offer comes less than two months after President Mauricio Macri took office and expressed his commitment to a deal.

A 2012 court order blocked the Latin American state from paying creditors who swapped defaulted debt for new bonds without also paying Elliott Management affiliate NML Capital and other investors that had refused the swap. Argentina has not made payments on the defaulted bonds since 2001.

The U.S. Court of Appeals in New York ruled in 2012 that Argentina’s actions, including a law prohibiting payment on the hedge fund-held debt, violated the bonds’ so-called pari passu provision, which requires equal treatment for all of the debt. Argentina appealed to the U.S. Supreme Court, which refused in June 2014 to hear the case.