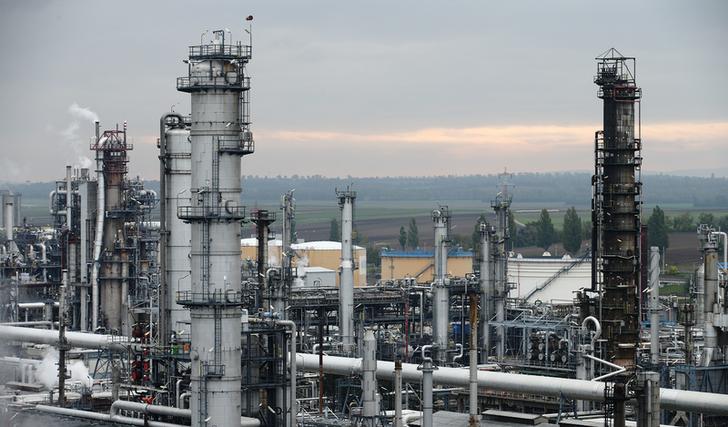 Oil price reporting agency Argus has hung a big “for sale” sign outside its door. The London-based company plays a key role in helping to set benchmarks on the $2.5 trillion global oil market. It’s one of a handful of companies that do so, making its appointment of Bank of America Merrill Lynch to explore a sale rather a rarity. But the obscure nature of oil pricing brings risks for a buyer.

Argus makes its money by selling to traders the price data it collects on thousands of different resource products from oil to coal and gasoline. However, it is best known for helping to determine the price of physical crude, which it does by collecting information from market sources, and compiling that into an end of day price. These prices are used as a reference for both physical and derivatives trades.

Private equity companies are logical bidders. Information providers, such as Breakingviews parent Thomson Reuters or its competitor Bloomberg might see industrial sense in acquiring the company’s pricing data, and its client list. With an injection of cash, Argus could expand into the many contracts it doesn’t already cover, or fund acquisitions.

The family-owned company reported pre-tax profit in the last financial year of 32.5 million pounds. Assume a 25 percent tax rate and pop that on a multiple of 20 times earnings, a similar valuation to U.S. data provider Markit, a price of close to 500 million pounds ($759 million) would be possible.

The question is whether the business is too edgy for a big company to swallow comfortably. Pricing of tradable assets is a sensitive subject in light of scandals involving Libor and foreign exchange markets, and a European investigation into oil price rigging launched in 2013. The company maintains that its methodology is transparent and accurate, and complies with international standards. But the mysteries of pricing commodities – especially in markets as scattered and nuanced as oil – rely partly on judgement.

A bigger Argus could give dominant pricing agent Platts a run for its money, and add more competition to a concentrated market. For buyers, though, this corner of the oil patch is best suited to the brave.

Argus Media said on Nov. 11 that it had hired Bank of America Merrill Lynch to advise on a potential trade sale or IPO for the business, which provides oil price data for traders.

The company, which is a privately-owned family business, said that it had already received a number of offers from private investors including private equity funds.

Oil price reporting agencies such as Argus have come under closer scrutiny from regulators in the wake of the Libor scandal amid concerns that a few publishers have too much power of the market for some key commodities.

Argus was founded in the 1970s by Jan Nasmyth – a former British army commando in the Second World War, and journalist with Reuters and the Daily Telegraph newspaper. Although Nasmyth died in 2008, his family still retains a significant stake in the business but is keen to sell, according to a report in the Financial Times.