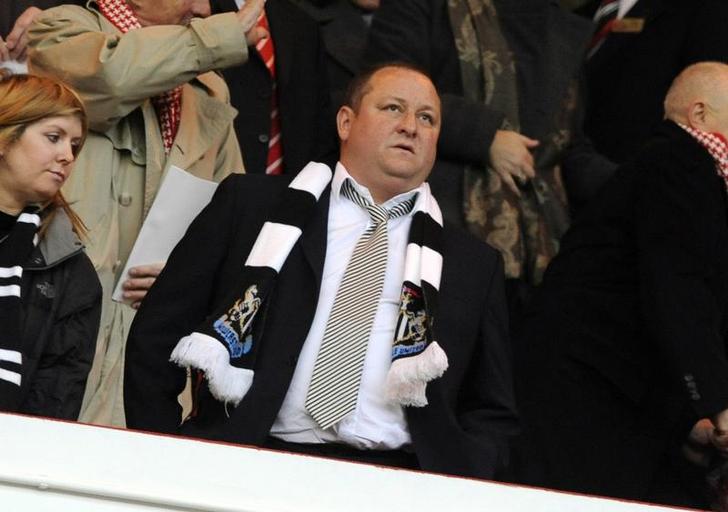 Ashley, who owns 58 percent of Sports Direct, has managed to more than double the sports company’s share price since it floated seven years ago. But despite serving as “executive deputy chairman” he has neither drawn a salary, been awarded a bonus, nor received a dividend. Independent shareholders pushed back on two attempts by the company to award him a personal bonus. On July 2, with Ashley recusing himself from the vote, a share-based bonus plan was approved with a 60 percent majority.

There’s one good part of the new plan: stretching performance conditions. Vesting is due in 2019 and 2021 and depends on a near-doubling of EBITDA.

But there’s far more that’s bad. Crow-barring Ashley’s bonus into a general employee scheme looks a bit sneaky, given the previous rejections. Worse, the company won’t say how much of the bonus scheme Ashley will get. Given that the plan is currently worth 180 million pounds and will rise if targets are hit, that’s some omission.

The basic problem is the conflation of Ashley’s position as shareholder with his role as an executive. Ideally, the two are complementary. And yes, there is a place for executives to have share-based pay incentives. The danger is that the Sports Direct scheme becomes a mechanism to give one shareholder – Mike Ashley – a dividend-like payout that other owners will not get.

It ought to be possible for a company to employ its main shareholder. But it is imperative to keep distance between the differing sets of loyalties and responsibilities. An employee, after all, has to work in the interests of all shareholders. The better pay policy here would be a conventional salary-and-bonus package to Ashley for his three or four days a week job. Then if the company does well, it can reward him like any other shareholder: with dividends.

Investors in Sports Direct, the UK retailer, approved a plan on July 2 to create a special share-based bonus scheme with a value, based on current market prices, of 180 million pounds.

Precise eligibility details have yet to be decided. However, Mike Ashley, who founded the business in 1982 and now serves as executive deputy chairman, will be a beneficiary. Explaining the plan, Chairman Keith Hellawell said the company wanted “to develop a long-term share incentive scheme which not only will continue to motivate the Company’s employees but which also recognises and rewards the substantial contribution made by Mike Ashley over many years.”

According to the UK’s Guardian newspaper, the company’s founder refused to comment and left in a helicopter after a five-minute meeting attended by just three shareholders.