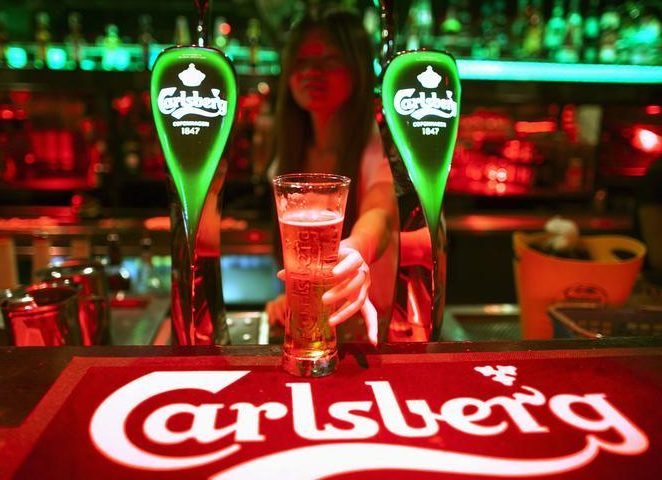 It is a seller’s market in the last frontier for beer. Asia Pacific is the last region not dominated in profit terms by the world’s four biggest brewers – Anheuser-Busch InBev, SABMiller, Heineken and Carlsberg – according to Bernstein Research. Consumption of suds is growing fast, and for-sale assets are hard to find. The coming year may see new owners for Philippine brewer San Miguel and South Korea’s Oriental Brewery. The real prize may be in China, the world’s biggest beer market by far.

For San Miguel, the question is whether Japan’s Kirin, which already owns 49 percent of the beer-maker, makes a play for the rest. Parent group San Miguel Corp is mulling a listing of its beer subsidiary, but Kirin may be keen to increase its stake to diversify away from a flat home market with unattractive demographics. Taking full control could cost the Japanese brewer $5.5 billion, on the same frothy valuation of 17 times EBITDA that Heineken paid in 2012 to buy out minority shareholders in Asia Pacific Breweries.

In South Korea, AB InBev could buy back Oriental Brewery, which it sold to KKR in 2009. The Belgian brewer can do so for a price of 11 times the previous year’s EBITDA from July 2014, a source told Reuters Breakingviews when the deal was first struck. That could be as much as $4.1 billion, according to a Reuters Breakingviews calculation – more than twice what KKR paid.

The biggest potential for deals is in China. Denmark’s Carlsberg still lags rivals SABMiller and AB InBev, but if China’s rulers stick to their recent pledge to let market forces flow more freely, there could be an opportunity to beef up. One attractive partner is state-backed brewer Beijing Yanjing, which currently lacks a Western partner or a premium brand. Joining forces, perhaps with a joint venture, would turn Beijing Yanjing from the fourth to the third-largest player by volume.

Consolidation would be good for China’s low beer margins: the market accounts for a quarter of global beer production, but is only the world’s eighth biggest beer market by operating profit. For brewers looking to grab a bigger share of Asia’s growth, that is a glass half full.

A bartender serves a glass of Carlsberg beer at a bar in Kuala Lumpur, July 4, 2012.

The agreement gave AB InBev the right to reacquire OB after five years at a multiple of eleven times the previous year’s EBITDA, a person familiar with the situation told Reuters Breakingviews when the deal was struck.

Danish brewer Carlsberg said on Nov. 12 that it had appointed a former Heinz executive Christopher Warmoth as its new head of Asia.

The Carlsberg Foundation said in October it wanted to drop a rule which says it must own at least 25 percent of the beer company. That would enable Carlsberg to issue equity to fund a large acquisition.