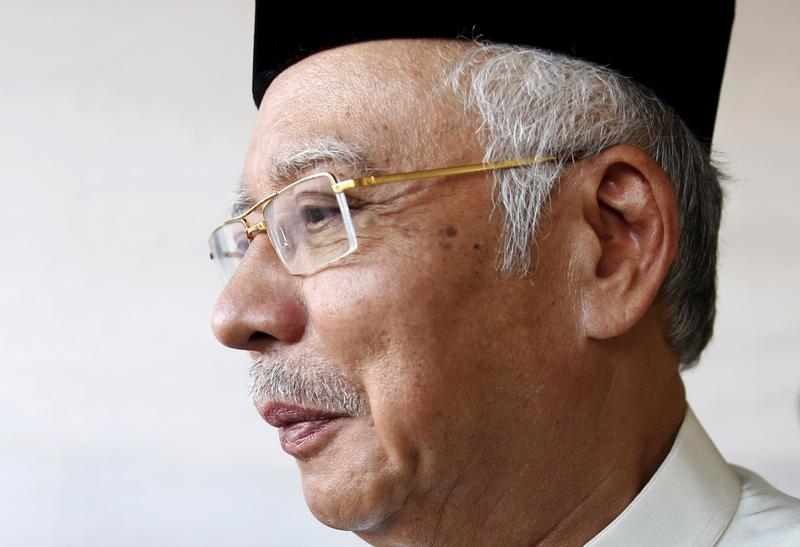 Asian capital controls are becoming a real risk once again. For the first time in 17 years, the notion that governments might curb money outflows is more than just a theoretical possibility.

Denials reveal the anxiety. Malaysian Prime Minister Najib Razak vowed on Aug. 20 that he would not impose capital controls even though the ringgit has fallen 16 percent against the U.S. dollar this year. The economics behind that assurance is shaky. The exchange rate is back at levels that prompted Najib’s predecessor Mahathir Mohamad to erect barriers to prevent foreign investors from fleeing in 1998.

Like then, money is leaving Asia for the United States. The dollar has risen 12 percent against other major currencies this year in anticipation of higher U.S. interest rates. Asian equity and bond markets are not compensating foreign investors for their losses. Indonesian money market interest rates are less than 6 percent. Raising the cost of borrowing might help support the rupiah, which is down 11 percent against the U.S. dollar this year, but might tip the struggling economy into recession.

Letting currencies weaken uncontrollably isn’t much of an option either. Though external debt is under control it is hardly insignificant. Malaysia’s private sector, including banks, has borrowed the equivalent of 45 percent of GDP from creditors abroad, according to the World Bank. A sliding currency raises the debt burden and risks triggering further outflows.

In the short term, countries can defend their currencies by selling dollars from reserves. That strategy has its limits, though. Vietnam, which still pegs its currency, devalued the dong for the third time this year on Aug. 19. Even China, despite its $3.65 trillion in reserves, has gingerly weakened the yuan.

That leaves capital controls. Not all such restrictions are equally offensive. During the “taper scare” of 2013, India limited the amount of money that onshore investors could convert into foreign currency. For foreign investors, a withholding tax might be less offensive than an outright ban on currency repatriation.

Even so, the danger is that rising bankruptcies, swelling unemployment and street protests prompt some Asian politicians to pass on the cost of saving their jobs to foreign investors. The risk isn’t immediate, but for the first time in 17 years it’s quite real.

Malaysia's Prime Minister Najib Razak is pictured after speaking to the media at a mosque outside Kuala Lumpur, Malaysia, July 5, 2015. Najib said on Sunday that he had referred "wild allegations" against him to lawyers and would decide any legal steps in a few days. REUTERS/Olivia Harris

Malaysian Prime Minister Najib Razak said on Aug. 20 that the country would not implement capital controls to prevent a slide in the currency, which has fallen 17 percent against the U.S. dollar this year. “The flexibility of our exchange rate is important to absorb global adjustments and volatility,” Najib said in a statement.

The Malaysian ringgit is the worst performing emerging Asian currency this year, and has fallen to lows not seen since 1998, when then Prime Minister Mahathir Mohamad pegged the ringgit at 3.8 to the dollar and imposed capital controls.

Malaysia’s international reserves have fallen below $100 billion, according to data for July 31. But central bank Governor Zeti Akhtar Aziz said there was no reason to be concerned. “That’s what the reserves are there for, to represent a buffer to adjust during such periods,” she told reporters in Kuala Lumpur.