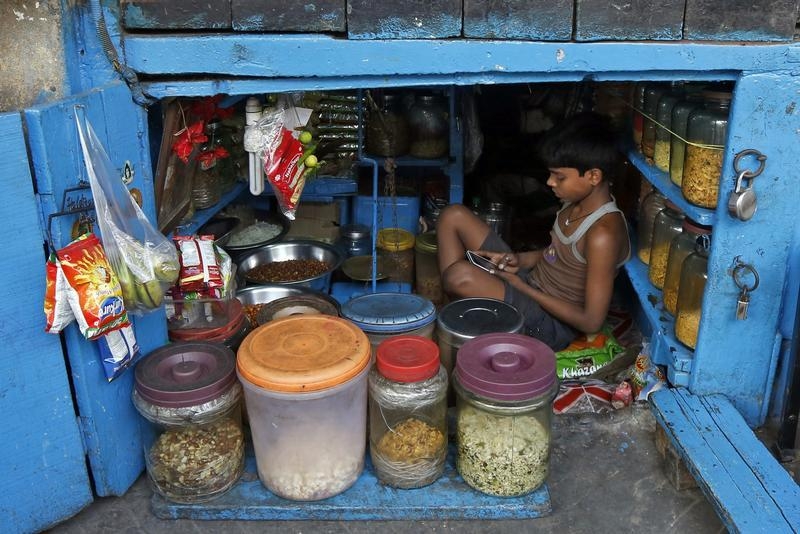 WhatsApp rival Hike has joined a handful of local startups valued at over $1 bln with a fundraising led by China’s Tencent and Taiwan’s Foxconn. Even as global funding dries up, giants from the Far East are racing to dominate a market that offers exceptional size and openness.

A boy uses a mobile phone as he sits inside his father's snacks shop along a road in Kolkata, India, February 22, 2016. REUTERS/Rupak De Chowdhuri TPX IMAGES OF THE DAY - RTX27ZEW

India's Hike Messenger said on Aug. 16 it had raised $175 million in a new funding round valuing the WhatsApp rival at close to $1.4 billion.

The "Series D" financing was led by Chinese web giant Tencent and Foxconn, the Taiwanese Apple supplier, the company said in a statement.

It added that existing investors Tiger Global, Bharti Enterprises and SoftBank also participated in this round. The new cash brings the total raised by Hike to $250 million.

Hike launched in December 2012. The company has 100 million users, of which 90 percent are below the age of 30. Users send 40 billion messages a month on its platform.