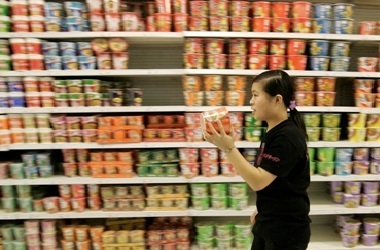 Asia is facing a new growth hurdle: a slump in consumption. The region’s battle against anaemic export demand is already in its fourth year. Now domestic spenders, too, are going on strike. The fear that Asia may be unable or unwilling to spend its cheap-oil bonanza is coming true. Without bold monetary easing, growth may tank.

Malaysia did better, but its first quarter GDP was propped up by consumers bringing forward purchases to beat a new sales tax that takes effect on April 1. That euphoria could fade. Like their counterparts in Singapore, Thailand and South Korea, households in Malaysia are struggling to pay down debt, which dims the outlook for consumption.

There is little sign that cheaper energy is making consumers more willing to reach into their wallets. That’s probably because they don’t expect the gains to last. Tepid global demand has already taken a toll on pay in export-dependent Asia. Cheap oil and low inflation means even less pressure on employers to boost salaries. The Economist Intelligence Unit says average real wage growth in Asia-Pacific might improve to 5 percent this year, from 4.5 percent in 2014. That would still make it the worst two years for labour in the region since the 1997-98 financial crisis.

That might explain why policymakers from Beijing to Canberra have overcome their fear of stoking property bubbles to cut interest rates. The GDP-weighted policy rate in Asia-Pacific is now 4.9 percent, the lowest since late 2010. Even then, the case for further stimulus is getting stronger. On May 19, Indonesia loosened loan restrictions for buyers of property and motorcycles.

More easing won’t be a surprise. Consensus expectations of 6 percent-plus growth in Asian GDP this year are squarely pinned on domestic spending. But with consumption emerging as a new growth hurdle, those hopes could stumble.

A woman walks past shelves stocked with instant noodles at a supermarket in Shanghai, January 3 2008. REUTERS/Aly Song

Thailand’s private final consumption grew 2.4 percent from a year earlier in the first quarter, after adjusting for inflation, according to GDP data released on May 18. Thai consumption grew at a 4 percent annual rate in the two years ending in March 2013.

Malaysia’s GDP statistics, released on May 15, showed an 8.8 percent jump in private consumption in the first quarter, after the introduction of a goods and services tax from April 1 prompted consumers to bring forward their purchases. The data “overstated the health of the consumer, which will have to grapple with high household debt, a softer property market and worsening labor market,” analysts at Bank of America Merrill Lynch said in a note.

Including Thailand, real consumption growth was slower between January and March than in the first quarter of 2013 in four out of the six major Asian economies that have so far announced first quarter GDP, according to a Breakingviews analysis.

On May 19, Bank Indonesia kept its policy rate unchanged at 7.5 percent, but said it would ease macroprudential controls on lending by loosening reserve requirements linked to bank loan-to-deposit ratios, loan-to-value (LTV) rules for mortgages, and down-payments for motorcycle loans.