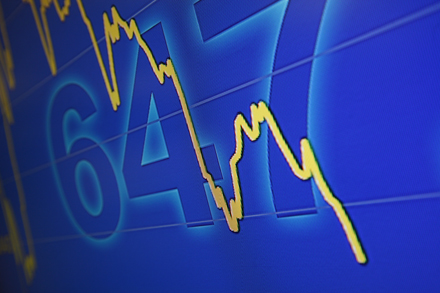 Asia’s scarce IPOs are attracting a crowd. Amid a dearth of listings, underwriters are jostling for a role on new equity offerings. Bankers get league table credit, while companies can claim safety in numbers. But there’s no future in scrapping over a dwindling fee pool. Banks must justify their existence in other ways – or shrink.

As in other parts of the world, Asia is suffering from an IPO drought. Companies listing in Hong Kong have raised just $5.6 billion so far this year – a third of the equivalent figure for 2011. In China, IPO proceeds have halved.

This has prompted an unseemly scramble to work for the few companies still coming to market. Chinese insurer PICC, which is still pressing ahead with a $3 billion Hong Kong listing, has hired 17 banks. Astro Malaysia, a pay-TV firm, has 12 underwriters working on its offering, which could raise about $1.75 billion.

There’s a short-term rationale for the frenzy. Bankers get to look busy, while claiming equal credit in industry league tables for their work. Meanwhile, companies can take advantage of the competition to squeeze fees, or encourage banks to drum up pre-IPO “cornerstone” investors.

Yet the activity can’t mask the pressure on banks’ bottom lines. Because underwriters charge a commission on the amount they raise, lower valuations mean IPOs are already less lucrative than during the boom. Dividing the spoils between a large number advisers means many will struggle to cover their costs.

Investment banks that claim to offer a full service to clients can hardly opt out of working on IPOs. To justify their existence, however, they will have to seek other sources of income. Block trades such as AIG’s $2 billion sale of shares in AIA, its former Asian subsidiary, can help. Some banks are also seeking to raise more money for private companies, or arranging derivatives and other structured products. Such work is often less competitive, and therefore more lucrative. Those that lack the broader range of products – or deep pockets to sit out the slump – have little choice but to shrink.

People’s Insurance Company of China may seek as much as $3 billion in an initial public offering in Hong Kong in October or November while postponing a Shanghai listing, Bloomberg reported on Sept. 4.
Earlier this year, PICC added 14 underwriters to its IPO, taking the total number of banks working on the issue to 17.
Astro Malaysia Holdings, a pay-TV firm, is could raise about $1.8 billion in an IPO, according to an updated draft prospectus published on Aug. 22. The company named 12 banks as underwriters on the issue.
Companies listing on the Hong Kong stock exchange have raised $5.6 billion so far this year, according to Thomson Reuters data. In the same period of 2011, they raised $16.3 billion.
Initial public offerings on Chinese exchanges have raised $14.8 billion so far this year, down from $31 billion in the same period of 2012.