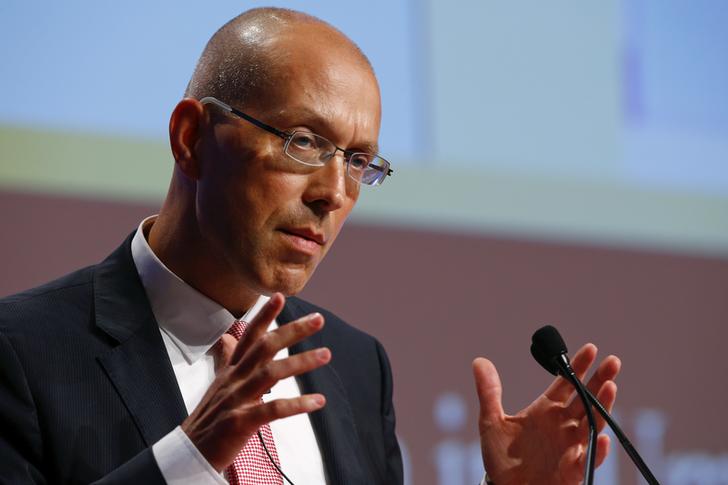 Executive Board Member of the European Central Bank (ECB), Jorg Asmussen speaks during the annual meeting of the German business newspaper Handelsblatt in Frankfur.

Jorg Asmussen, a member of the European Central Bank’s executive board since January 2012, was appointed on Dec. 15 junior Labour minister in Germany’s coalition government.

Wolfgang Schaeuble, who will keep his job as Germany’s finance minister in the new cabinet, said in a radio interview on Dec 16 that the candidacy of Bundesbank’s Sabine Lautenschlager to replace Asmussen would “certainly be worth studying”, as she has proved “an excellent vice president” of the German central bank.