Darling buds of May 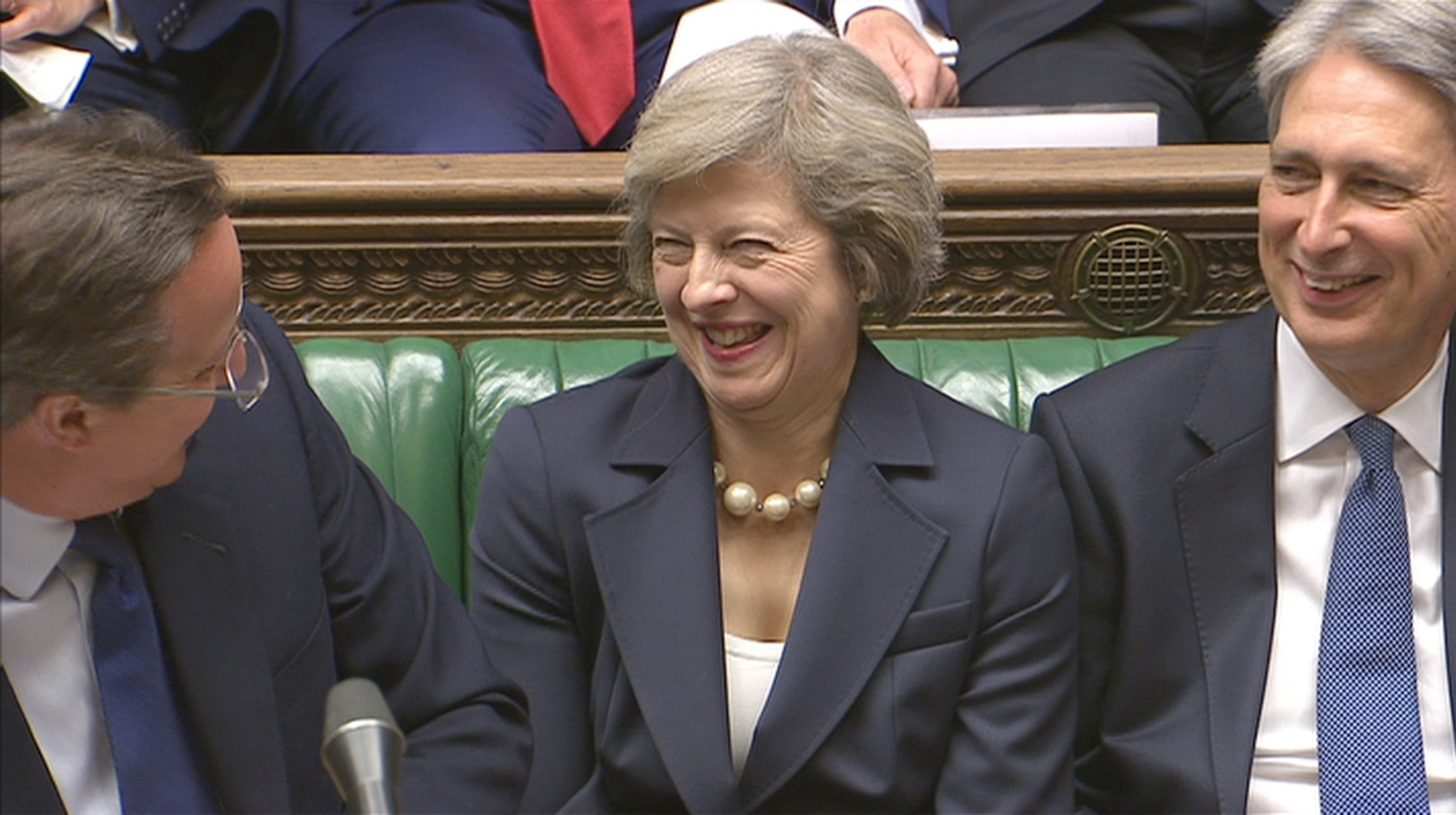 Theresa May has a beef with privilege. The UK’s new prime minister used her first remarks in the role on July 13 to pledge support for workers and the less wealthy. There’s plenty she can do if she is serious about correcting the economic disparities that played a part in Britain voting to leave the European Union.

The first fissure is a growing disparity between young and old. The first group overwhelmingly voted to remain in the EU, while the latter generally favoured leaving. Pensioners’ incomes have continued to rise post-recession, while the incomes of working-age households have fallen, according to the Institute for Fiscal Studies. May could address this by scrapping the so-called “Triple lock”, which stipulates state pensions rise by the higher of price growth, wage growth, or 2.5 percent. Raising pensions at the same pace as earnings could save 15 billion pounds by 2050, the IFS has said.

Then there’s savings. George Osborne, now replaced as finance minister by Philip Hammond, bequeaths a system that favours those who earn and save a lot. Annual tax-free allowances on savings have risen by nearly half under Osborne’s tenure, to over 15,000 pounds, and wealthier taxpayers still get generous tax relief on pension savings. Freezing or cutting such tax breaks would be a progressive measure.

Finally, May could tackle Britain’s low spending on public infrastructure and housing shortage. Annual home building is far short of the 250,000 units needed to keep pace with demand and to control the house price inflation that contributes to an annual lodgings benefit bill of 25 billion pounds.

In her speech on July 11, May advocated “Treasury-backed project bonds”. Such a guarantee would reduce credit risk to levels that would allow big UK insurers to buy such debt. These bonds could then finance better roads, railways and housing, especially outside London. That would help ease tensions between the UK capital, which voted to stay in the EU, and the rest of England, which mostly voted to leave.

The big caveat is that May’s “one-nation” Toryism will face political heat from more right-wing factions of the Conservative Party, as well as the older voters who are its core supporters. But if the new UK prime minister wants to unite the UK’s fraying constituent parts, something has to give. The trauma caused by voting to exit the EU has given her the perfect excuse to make tough choices.

Britain's outgoing Prime Minister, David Cameron (L) speaks to incoming prime minister Theresa May and Foreign Secretary Philip Hammond, during Prime Minister's Questions in the House of Commons, in central London, Britain in this still image taken from video July 13, 2016. Parliament TV/Handout via REUTERS TV ATTENTION EDITORS - THIS IMAGE WAS PROVIDED BY A THIRD PARTY. EDITORIAL USE ONLY. NO RESALES. - RTSHQ5R

UK Prime Minister Theresa May said on July 13 she would focus government economic policy on supporting workers and the less wealthy, rather than privileged citizens.

"If you're from an ordinary working class family, life is much harder than many people in Westminster realise," May said in her first speech as prime minister.

"The government I lead will be driven not by the interests of the privileged few, but by yours."

In a speech on July 11, May promised to boost infrastructure investment by issuing debt guaranteed by the government, increase housebuilding and lower energy bills.

She also pledged to cut down on tax avoidance by companies and people, and improve competition for banks and utilities.