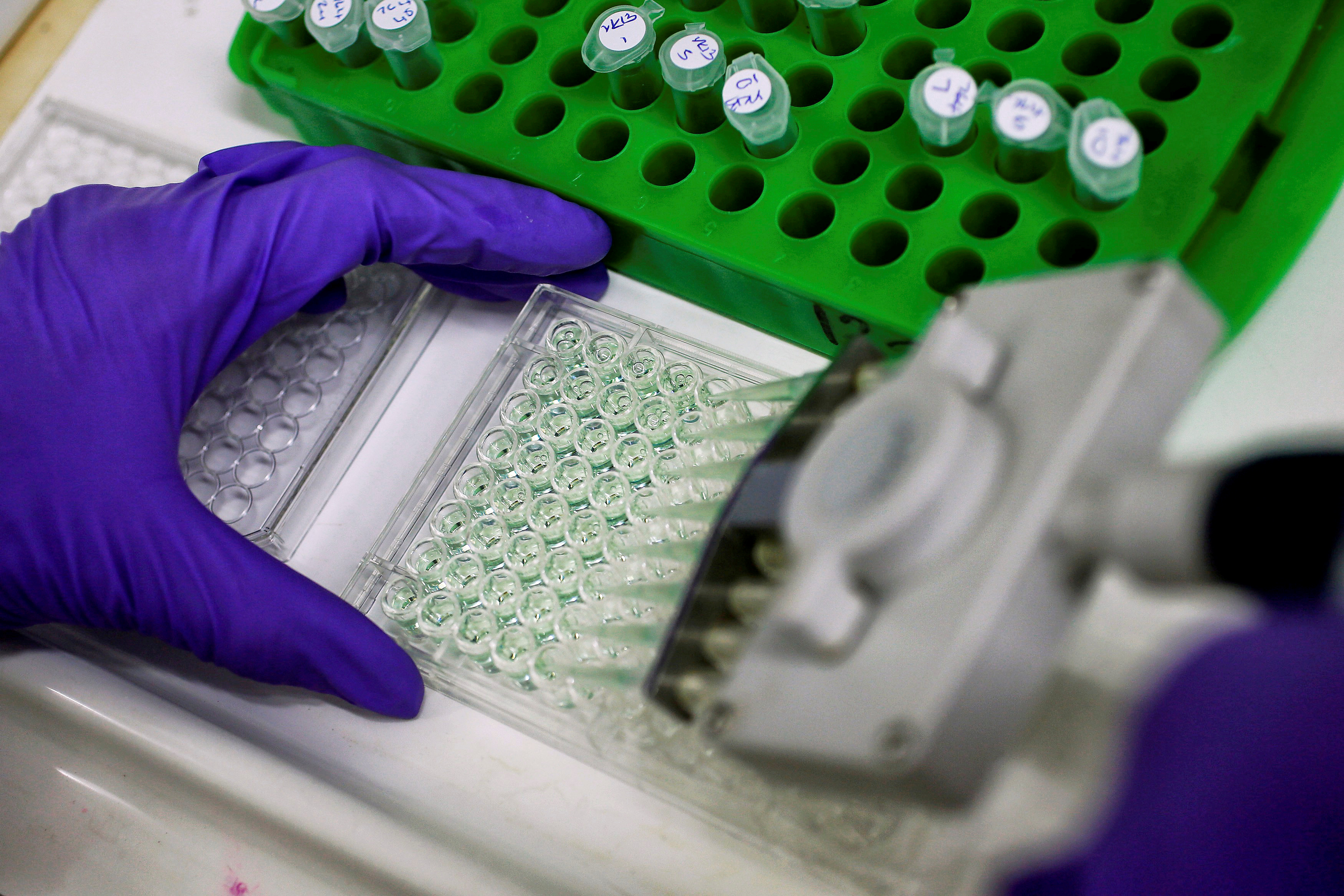 A raft of new cancer drugs helped the pharma giant return to sales growth in the third quarter. A strong pipeline suggests it has turned the corner. To hit his 2023 revenue goal, though, CEO Pascal Soriot needs regulatory approvals to go his way, and U.S. price caps to stay away.

A scientist prepares protein samples for analysis in a lab at the Institute of Cancer Research in Sutton, Britain, July 15, 2013.

AstraZeneca on Nov. 8 reported a return to sales growth in its third quarter driven by strong demand for its cancer drugs.

Product sales in the three months to Sept. 30 rose 9 percent on a constant currency basis.

Total revenue, however, fell 14 percent in dollar terms to $5.34 billion. Core earnings per share, which exclude some items, were down 37 percent to 71 cents, reflecting lower income from divestments and investment behind new drug launches.

Analysts had forecast earnings per share of 72 cents on revenue of $5.30 billion, according to Refinitiv data. The company left its full-year financial guidance unchanged.