Down under the gun 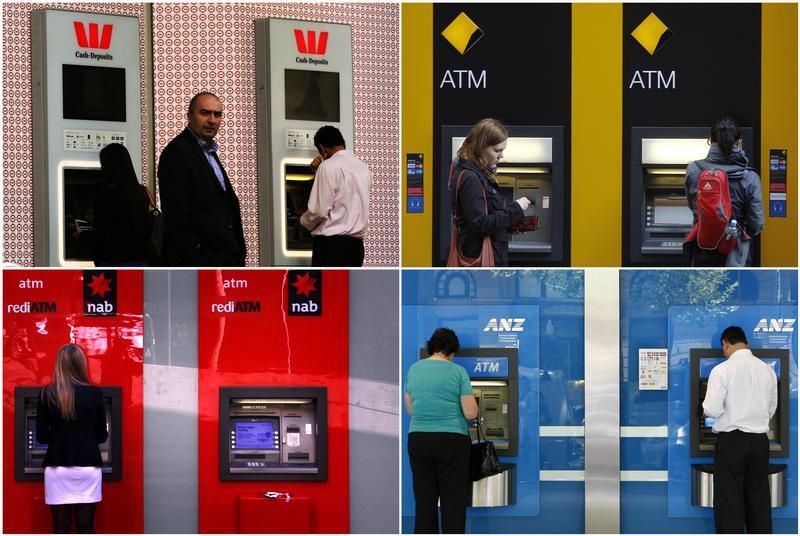 Australian banks may need to repeat their 2015 capital-raising feats. The government on Oct. 20 endorsed the view of its Financial System Inquiry that domestic lenders need to be “unquestionably strong”. A strict interpretation of this aspiration would see institutions having to outdo the A$20 billion ($14.4 billion) or so they raised already, chiefly via selling shares.

At first glance, all is fine. The Australian Prudential Regulation Authority and the FSI want the top four banks – Commonwealth Bank of Australia, ANZ, NAB and Westpac – to be in the top quartile internationally by capital strength. Allowing for stricter Australian calculations, that suggests a core Tier 1 ratio of around 9.5 percent. Following the capital hikes, they are already there.

And the sector has already sold off: after an 18 percent fall in the value of the Thomson Reuters Australia Banks index since April, all four big banks trade below their 10-year median forecast price to book ratios, Eikon data indicates.

Yet investors preparing to pile back into Aussie banks should heed the APRA’s other moves. In July, it decreed that the big four should risk-weight their mortgages at 25 percent of nominal value, compared to the current 16 percent – at a capital cost of 80 basis points.

The APRA also knows that 60 percent of lenders’ loans are residential mortgages – almost twice the U.S. proportion and triple the UK’s – and that this makes them look light on an unweighted capital-to-assets basis. In September the International Monetary Fund warned external shocks could wallop Australian house prices, which have jumped 22 percent in three years. To make things worse, 10 percent of bank funding is short-term and wholesale in nature, supplied by flighty foreign sources.

At present, the big four’s “domestic systemically important bank” status means they have to hold 100bps in extra capital. But if the APRA decided the risks warranted outdoing the biggest globally systemic (G-SIB) lenders and tacking on 300bps instead, banks would need A$28.3 billion ($20.4 billion), according to CLSA analysts. Banks could argue this is overkill – but unquestionable capital strength implies doing more than you think you have to.

The Australian government on Oct. 20 agreed with proposals outlined by a national Financial System Inquiry advising that capital ratios of domestic banks be made “unquestionably strong”.

The Australian Prudential Regulation Authority released a study on July 13 showing that banks were below the top quartile of internationally active banks based on mid-2014 numbers. APRA chair Wayne Byres said on Sept. 15 that capital-raising since then had brought banks close to the 75th percentile.

The government also endorsed the APRA’s move on July 20 to increase the average risk weights on IRB mortgages to at least 25 percent from July 2016.