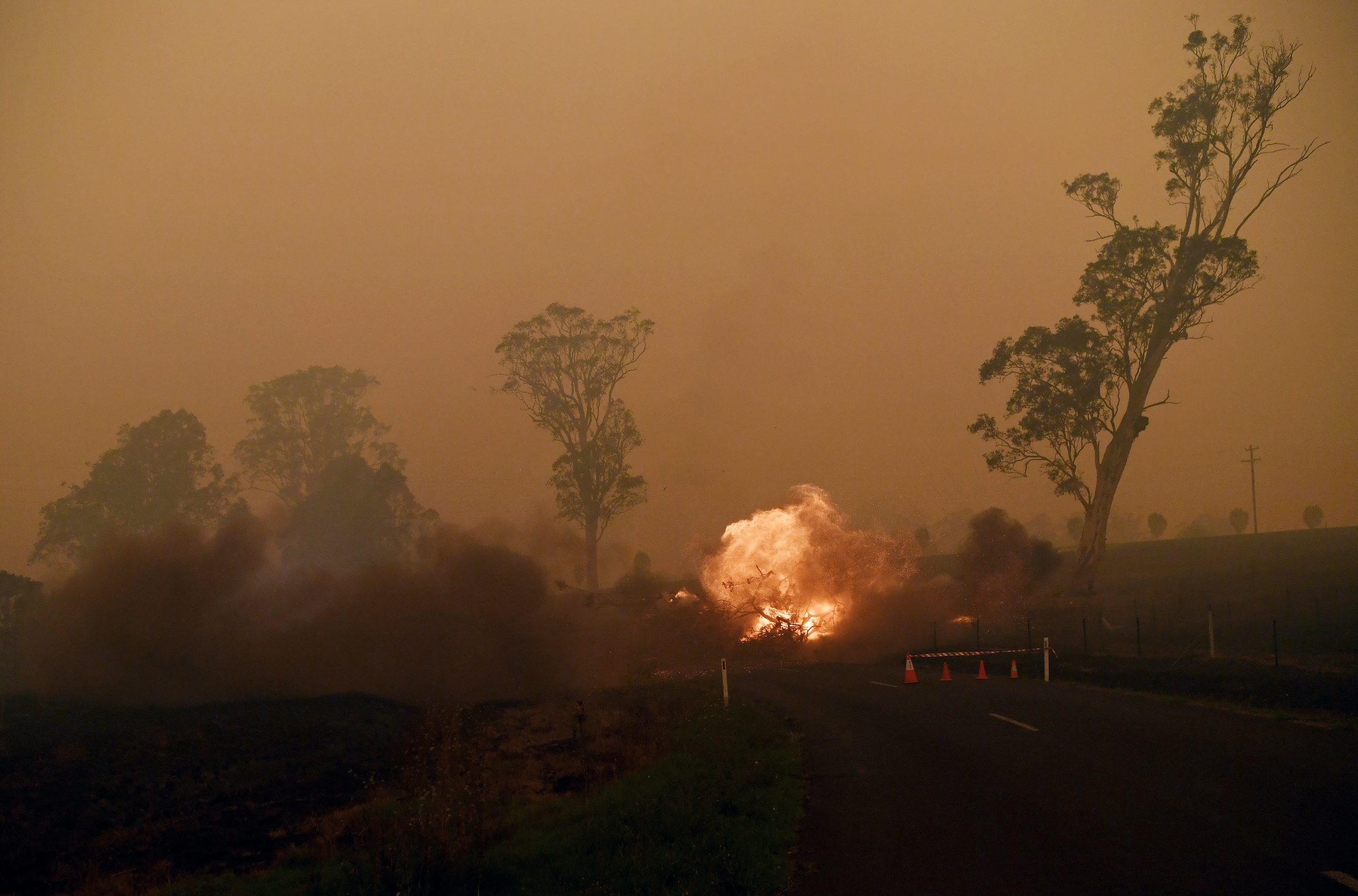 Horrendous bushfires are pushing CO2 emissions cuts ever further into the spotlight. The scope for sharp hits to earnings at domestic champions like airline Qantas has stopped Canberra properly pricing carbon before. But inaction is becoming increasingly unsustainable.

A burning gum tree is felled to stop it from falling on a car in Corbago, as bushfires continue in New South Wales, Australia January 5, 2020.

A Newspoll released on Jan. 13 said Morrison’s approval rating had dropped eight points in the last month to 37%, its lowest since he took over leadership of the ruling Liberal Party in August 2018.

Scientists say global warming is a factor behind the wildfires, although Morrison’s administration denies any link. Mark Howden, director of the Climate Change Institute at Australian National University, said on Jan. 7 that record temperatures were making fires more intense and widespread.

Celebrities such as Russell Crowe, who lost a home, are leading the criticism. "Make no mistake. The tragedy unfolding in Australia is climate change-based," the actor said on Jan. 6 in a U.S. Golden Globes acceptance speech delivered in absentia from Australia.

The government says steeper CO2 emissions cuts would hurt the economy, especially if they targeted coal and gas exports. "In most countries it isn't acceptable to pursue emission-reduction policies that add substantially to the cost of living, destroy jobs, reduce incomes and impede growth," Energy Minister Angus Taylor wrote in The Australian newspaper on Dec. 31.

The Insurance Council of Australia estimated fire-related loss claims so far at A$700 million, Reuters reported on Jan. 7. Morrison on Jan. 6 pledged A$2 billion to a new National Bushfire Recovery Agency.